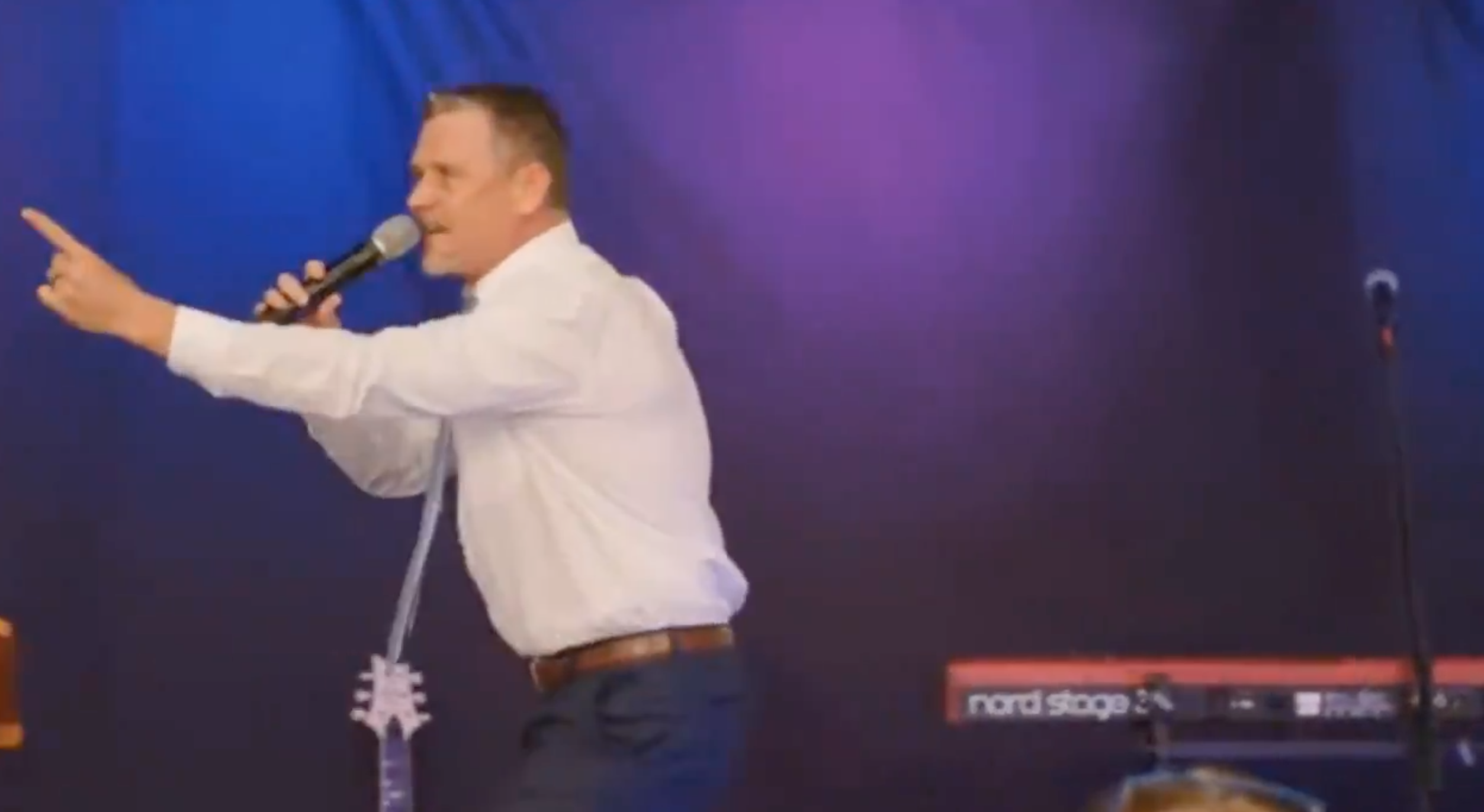 This guy is insane.

Was talking earlier today about conspiracy theories and how dangerous they can be and that made me think twice about sharing this video, but it was just so funny and ridiculous that I couldn’t not. Hopefully nobody watches it and thinks that what this guy is saying is actually based in reality though.

The guy in question if far right Christian pastor Greg Locke. Locke channels his best impressions of Chris Jericho crossed with Stone Cold Steve Austin as he gets on the mic and absolutely lets rip at a bunch of celebrities who he accuses of being paedophiles, as well as talk some nonsense about tunnels being found underneath the White House and the Capitol Building with a bunch of children in them – both dead and alive. It’s a hell of a promo.

Right-wing pastor Greg Locke used his sermon today to allege that there are child-trafficking “tunnels” under the Capitol and White House and accuse Joe Biden, Oprah Winfrey, and Tom Hanks of being “a bunch of pedophiles.” pic.twitter.com/hYC864ir8a

Wow. Whilst you gotta admit that the guy is great at speaking and really captivates the crowd, you’ve also gotta be kind of scared that stuff like this is even happening out there and so many people seem to be absolutely loving it. This is only the tip of the iceberg as well. America is so messed up.

Favourite part is when he says something like ‘I’m already crazy’, so is readily admitting to being a complete idiot halfway through his rant. I guess that’s done for effect and the crowd clearly lap it up, but maybe they should be thinking about what he’s actually saying instead hey?

For more of the same, check out this story about a woman waking up on a flight to find a famous pastor pissing all over her. What?