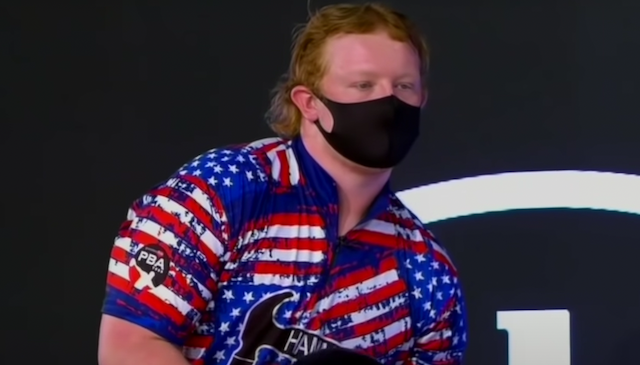 Only the third bowler in history to pull it off.

I think anyone that has ever been bowling knows that the hardest shot to hit is the 7-10 split, but I don’t think I was aware just how difficult it is to make that shot, as the announcers on the video below say that it’s only happened in three live events EVER – that’s a pretty big deal.

18 year old Anthony Neuer became the first bowler in 30 years to hit the 7-10 split in a live televised event after he managed to nail the shot during his semifinal at the US Open over the weekend. What makes it even better is that he has a mullet and is wearing some kind of shirt that has American flags all over it.

Make sure you’ve got the sound up for this one too because the commentary really makes it:

Wow what a moment. It’s kinda surprising that Neuer didn’t celebrate a bit more considering how difficult and rare what he had just achieved was – I was trying to come up with something that it was the equivalent of in football, but I couldn’t come up with anything because even goals getting scored from the halfway line or straight from kick off more often than what Neuer managed to pull off. Truly a monumental event.

For more of the same, check out this man throwing a bowling ball at an employee’s head during an insane bowling alley fight. Crazy.