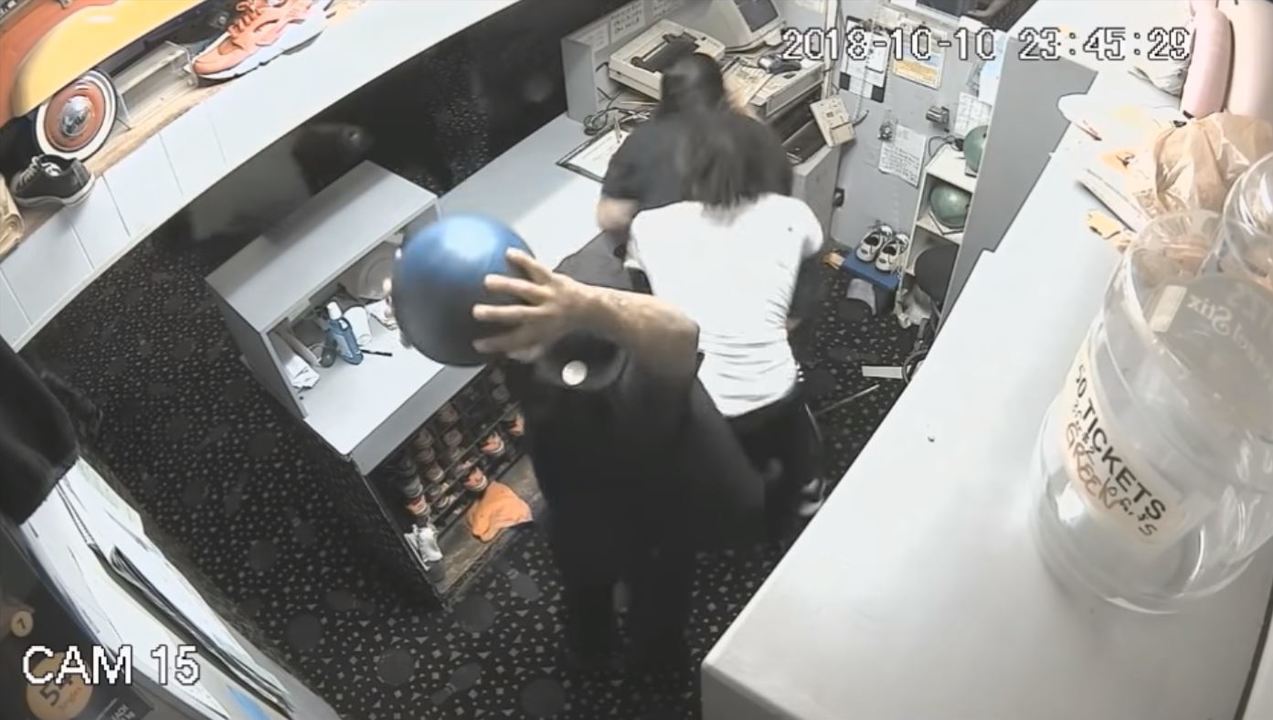 Is throwing a bowling ball at someone’s head considered attempted murder? If it isn’t, it probably should be. And if you disagree you might feel differently after watching the footage below.

The surveillance video shows a group of disgruntled bowlers in Roseville, Michigan picking a fight with an employee over god knows what. It makes for pretty uncomfortable viewing, so consider yourself warned:

Let’s get the good news out of the way first – two of the men in the video have been arrested and, incredibly, the employee has since made a full recovery. That’s a relief considering he received a dozen or so punches, a stool to the head, a bowling ball to the head, got suplexed onto the floor and stomped many, many times.

The biggest twist is that I initially thought the dude in the white T-shirt was on the side of the employee, or maybe just a bystander who was trying to diffuse the situation. Well that was pretty clearly not the case in the end.

Shame the employee didn’t have a good friend nearby to come in with some devastating fly kicks to save the day – love it when that happens.