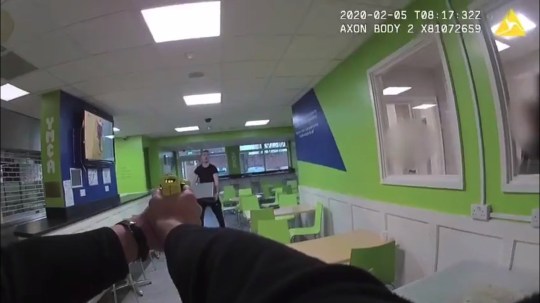 He refused to drop the microwave.

When you’re running for your life away from the cops, I’m pretty sure that you’ll probably use anything you can find as a weapon but I’m not sure if a microwave would be top of that list.

For 25 year old Nathan Caine from Barry, in the Vale of Glamorgan, this was seemingly the only option available to him – at least according to the video below. Not really sure what the context is, but Caine seems to be in some sort of hospital building with a microwave in his hands, threatening to throw it at the cops.

After he refuses to put the microwave down, the police are left with no option but the taser:

#WATCH | Nathan Caine refuses to cooperate with officers and threatens to throw a microwave at them, after they attended a report of an assault in @SWPCardiff on February 4th.

Despite a number of requests to put the oven down it was necessary to discharge a Taser. pic.twitter.com/lj05TItNqB

Yeah I mean to be honest I’d be pretty scared if some rowdy Welsh psycho was brandishing a microwave and threatening to throw it at me, so I think the use of the taser in this situation is perfectly justified. Wish we knew what all the beef was about, but even without the context I think it was a great decision by the policewoman. Excellent idea to release the video to show that sometimes cops do actually know what they’re doing as well.