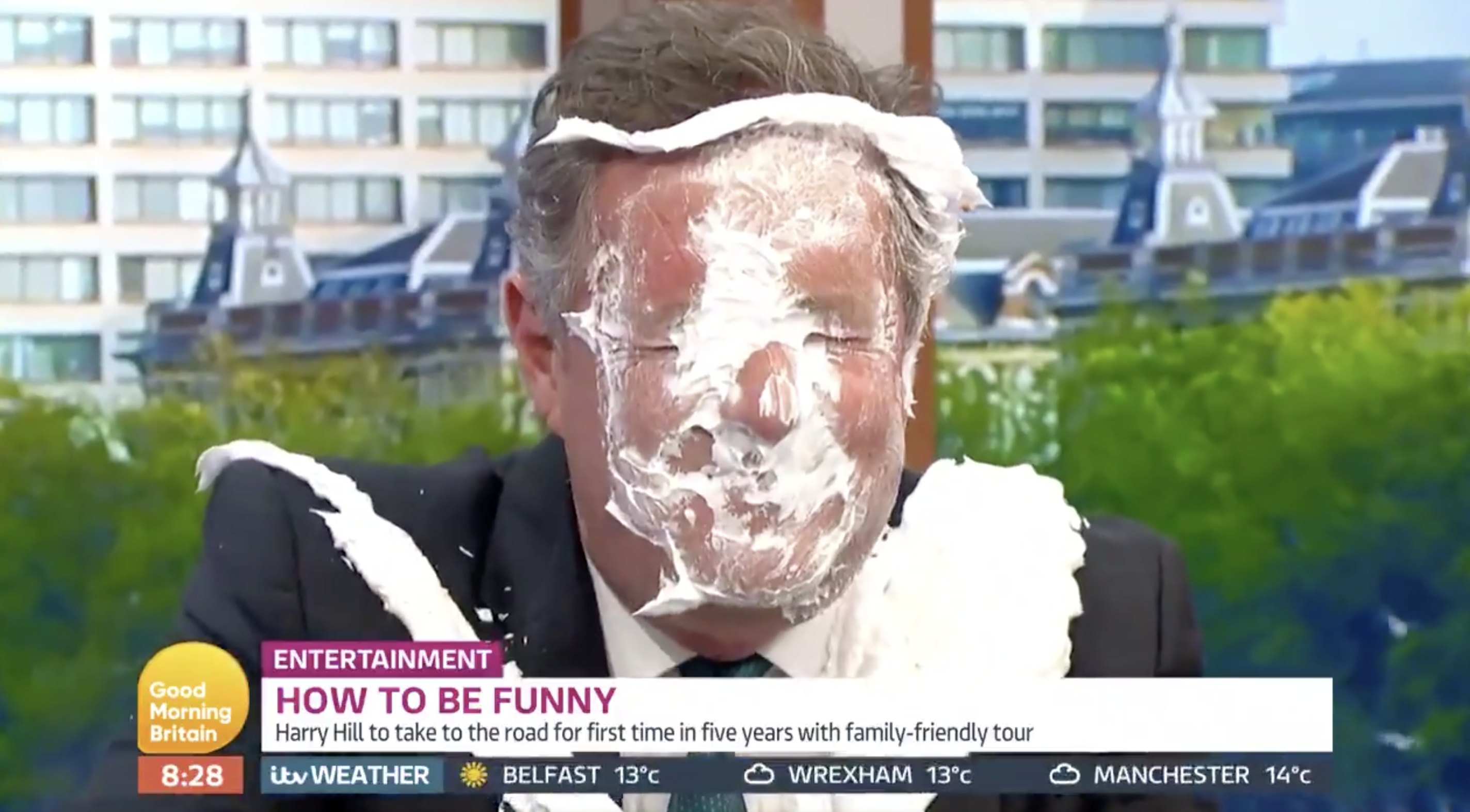 If there’s one thing that pretty much everyone in the country can agree on, it’s that we all pretty much hate Piers Morgan for coming up with the most infuriatingly deliberate and contrary opinions just to rile us up. I guess it works in that respect but he’s just such a smug cunt I wish I could make him eat a dog turd.

Whilst that is yet to be a reality, Harry Hill has achieved (almost) the next best thing by splatting him in the face with a cream pie live on television this morning on Good Morning Britain. Hill was a guest to promote something or other and decided to take the opportunity to slam Piers in the face with one of his trademark pies in retaliation for his stupid remarks about the papoose yesterday.

Yeah in your face you dickhead.

OK so there’s a very good chance that this routine might have been choreographed beforehand, but I would say that Morgan looks kinda surprised when he gets it on the face so hopefully it’s real. Would much prefer that to him actually planning out the skit himself so that even his videos featuring his misfortunes go viral and earn him more money. Would hate to think that he’s that much of a genius, but will probably have to concede that he probably is. Ugh.

For more of the same, check out this pork pie ice cream. What the heck is all that about?