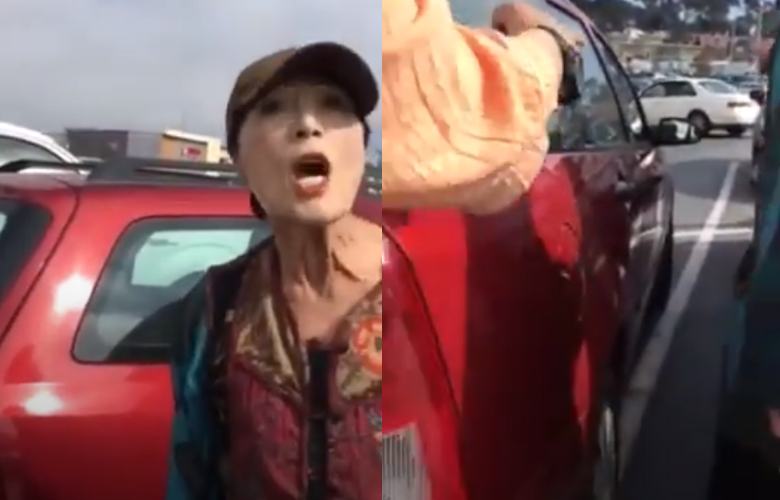 It’s been a week or so since we’ve had someone having a major meltdown over something completely inconspicuous that isn’t related to wearing a mask, but thankfully we’re back with this one that truly is one for the ages.

We’re over in the US for this one in the parking lot of Home Depot, where a Karen is having a major tirade at a guy driving an SUV for parking his vehicle way too close to hers meaning that her daughter can’t actually get out of the vehicle. This sounds like it might be a reasonable motive for her actions, but then the guy filming the video reveals that he’s actually parked within the lines and it’s the Karen who has parked her car badly.

This is further emphasised in the video when other members of the public point that out to her and she rants and raves at them as well. Even if the SUV driver had parked badly I don’t think he deserved the two minute rampage that this woman delivers to him, even going as far as telling him that he owns an SUV to compensate for his small dick.

Check it out below and see what you think:

Lol. Love it at the end when the guy filming isn’t even fussed and also really enjoy the fact that she walks off with her daughter towards Home Depot even though the whole incident occurred in the first place because her daughter couldn’t get out of the car. Some people really just need to chill out – can you imagine getting that angry about something and going on such a rant? Really no need.

For more of the same, check out this Karen pulling a gun on a black woman after the Karen almost reversed into her. What is going on in parking lots in America?