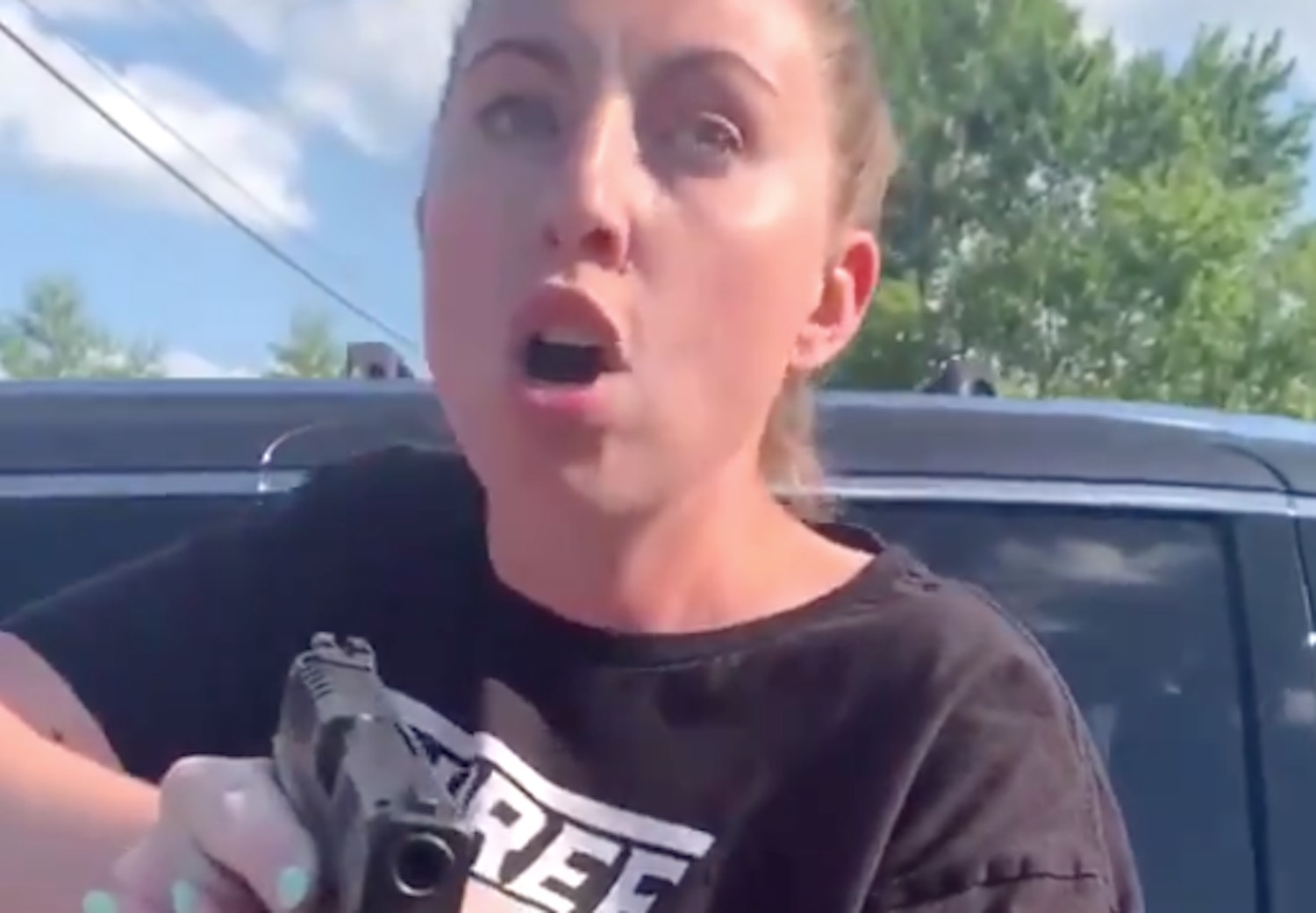 Another day in America.

Another day, another instance of a white woman pulling a gun on a black woman for literally doing nothing in America.

This time the video comes from Auburn Hills, Michigan – an area that I’ve never heard of until now and isn’t particularly prominent in terms of the recent race war narrative going on in the United States –  and it kinda proves that this shit is happening everywhere all over the United States. It starts off halfway through where the terrified white woman has already pulled a gun on the black woman in the parking lot, but from what I understand, the woman’s husband reversed into the black woman as she was walking behind his car and that led to this reaction:

This happen to my nieces and their mom not me!

Update!!!!! They were let go !!! The police just took the guns away !!! Ridiculous!!!! They said they couldn’t arrest her because my niece mother hit there car (with her hand ) to stop them from hitting my niece!!! Justice needs to be served! This is white privilege 🤦🏽‍♀️

Whoa. The look of extreme fear in her eyes is so worrying – I wouldn’t have been surprised if she had fired off a few rounds in this video, especially how the black woman is shooting and screaming and doing nothing to calm the situation down.

It’s even crazier though that the Karen could feel this terrified of a black woman who was just walking behind her car. I know we don’t see that part but even in the video she doesn’t indicate that the black woman has done anything else to warrant this kind of reaction. Why are people like that so terrified of black people just for being there?

That’s a problem that really needs to be examined and one that probably isn’t being helped by the media at the moment. Or at least whatever media they’re choosing to watch.

So terrifying that this is just a normal day and an acceptable reaction over in America. Not even surprising that they weren’t arrested. Probably more surprising they had their guns confiscated tbh.

For more of the same, check out this heavily armed couple protecting their house the other day. Ridiculous.