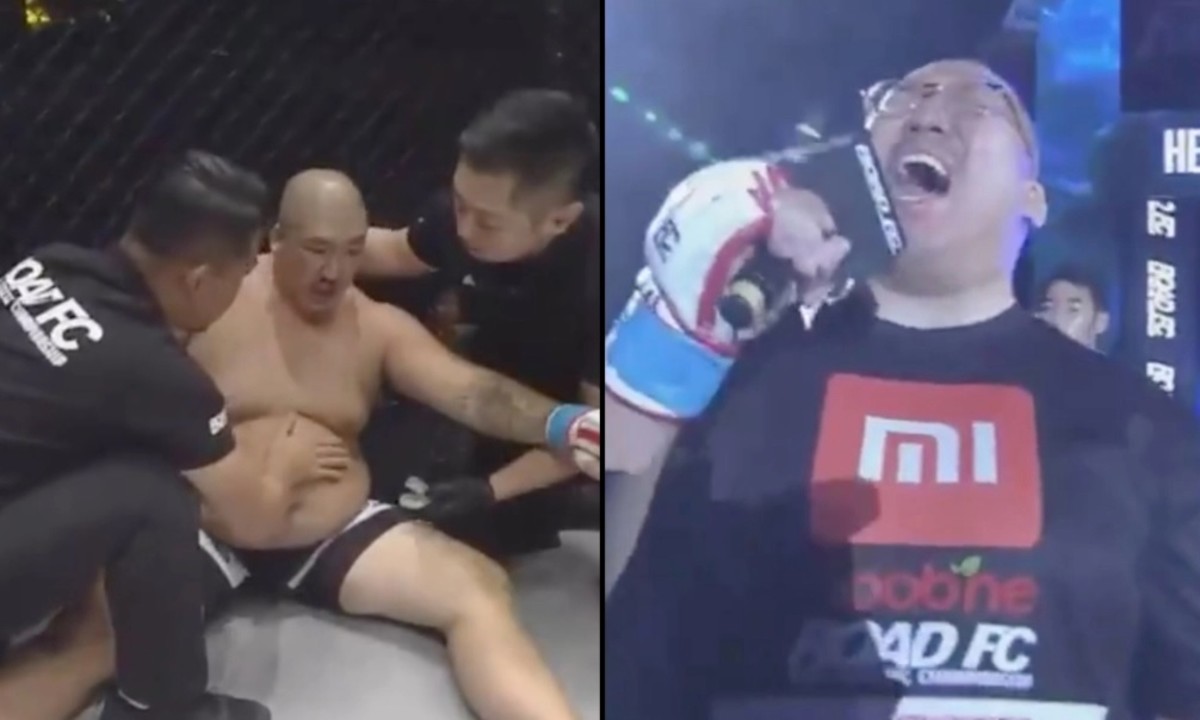 I’ve never been in an MMA fight or a boxing match and I probably never will be, but I’m fairly certain if I ever did there’s no way that I would have some completely and utterly sick entrance because if I ended up getting knocked out almost instantly then there’s no way I wouldn’t be end up being ridiculed by the whole entire world as an internet meme.

This is exactly what is happening with South Korean MMA fighter Heo Jae-Hyuk, who thought that it would be a good idea in his second professional fight to come out to the ring with a mic in his hand singing along to Imagine Dragons’ ‘Believer’. You can clearly see where this is going right, because it only took 20 seconds for Gun Oh Shim to knock him out and for the bout to be over.

Jae Hyuk Heo
W or L I am a fan of this guy – he is good pic.twitter.com/2etDmobBQ7

What an absolute bellend. You’ve gotta think that even if people are trying to create gimmicks for themselves so that they get better recognition and higher paydays that they realise doing stuff like that is not a good idea because there’s a very real chance that they might be completely and utterly humbled for the rest of their lives because of it.

Be sensible about these things guys – you don’t wanna end up like Heo Jae-Hyuk. For more of the same, check out this cocky idiot starting on an MMA fighter then getting knocked the hell out. Love it.