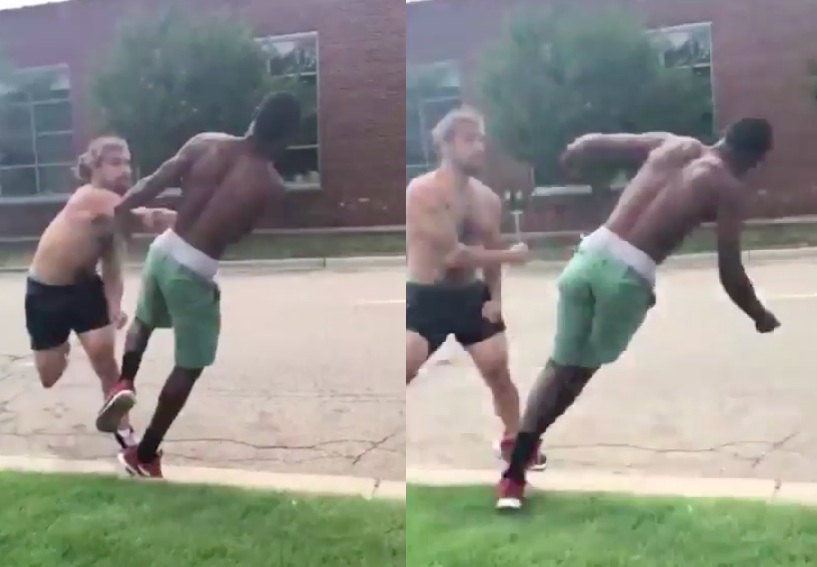 You just can’t beat it when a bully starts on the wrong dude and this video is no exception.

The footage starts with two shirtless men squaring up to each other in the middle of the street while another films. Unfortunately for the guy starting the fight, his opponent is trained in MMA and he is sent to the ground with the power of a KO punch, not once, but twice:

It always seems to be the untrained fighters who are so much more confident than the people they start on. Doesn’t take took long for them to learn though.

To watch a kid use his MMA skills to destroy the school bully’s life, click HERE.