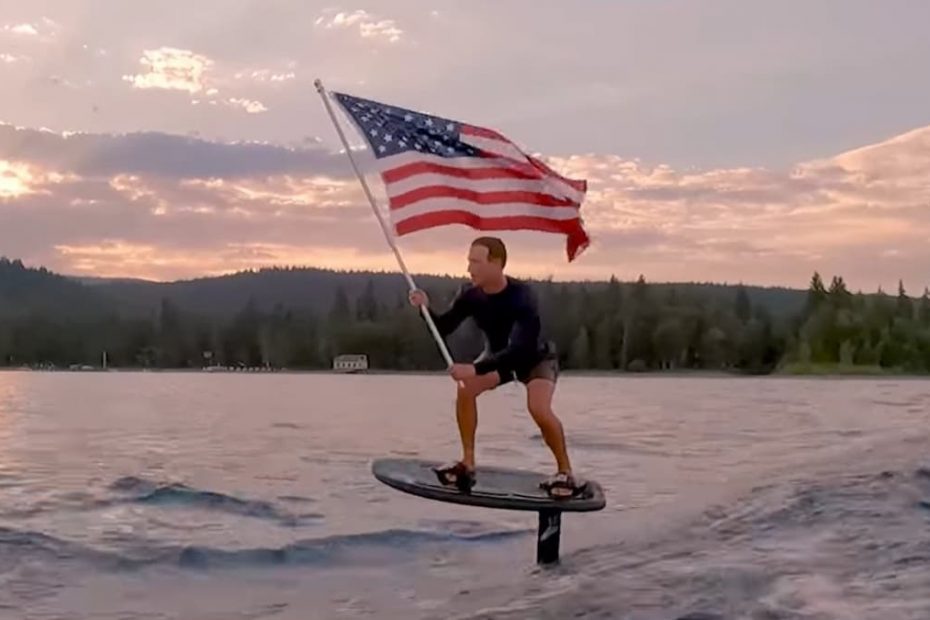 America celebrated the 4th of July yesterday which meant the majority of the population got really drunk and ate hot dogs and let off fireworks, but Facebook founder Mark Zuckerberg decided to do something a bit different by wakeboarding across a massive lake holding an American flag and then upload the footage to the internet.

To make the video even more excruciatingly weird, Zuckerberg decided to add John Denver’s ‘Take Me Home Country Roads’ as the backing track to his escapades which is just kinda weird because he’s riding around on a lake, not on a road. However, we know that every single white person in the history of the world absolutely adores that song, so we can clearly see who Zuck is trying to appeal to here – the MAGA crowd – so is he actually looking at taking a run at the Presidency in the near future? Wait and see I guess.

Yeah, I gotta say I’m continually impressed by Mark Zuckerberg’s ability to make himself look like a major douchebag with every single opportunity that he gets. I guess that will actually stand him in good stead if he does decide to make a run for the US Presidency in the near future considering the kind of people a lot of them vote for over there. ‘Murica.

For more of the same, check out when the internet completely roasted Zuckerberg for going surfing with a face full of sun cream. That was a good one.