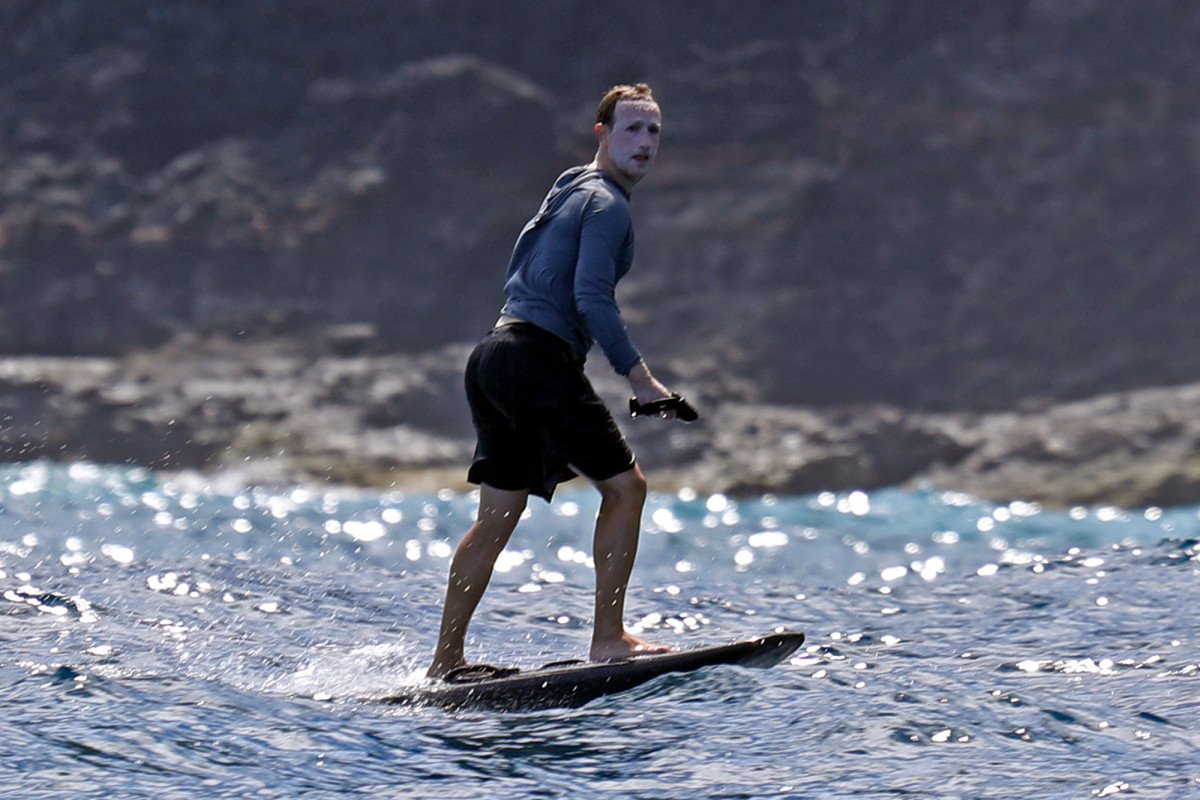 It’s fair to say that the internet can be especially cruel to celebrities when they do something vaguely questionable or silly, so it was never going to go easy on Mark Zuckerberg after he was pictured looking very strange with a full face of sunscreen whilst he was surfing in Hawaii over the weekend.

The picture is unquestionably stupid – especially with his stance and the way he’s staring at the camera looking pretty spooked. It’s almost like he wanted everyone to laugh at him looking like a ghost or a mime or whatever.

Anyway, here are a few of the funniest memes about it that are currently doing the rounds on the internet:

Was trying to think of who Mark Zuckerberg surfing reminded me of & then it came to me pic.twitter.com/ybue3Prbkr

No one has ever seen Mark Zuckerberg and the ghost from Spirited Away in the same room, just saying pic.twitter.com/RZ54gjcHJz

I knew Mark Zuckerberg loved data. I just didn’t know he loved Data this much. pic.twitter.com/MkOsQm3dE8

Mark Zuckerberg with too much sunscreen on looks like he’s wearing one of those shitty Michael Myers masks you find at Party City pic.twitter.com/7E2DbdUtv6

Are we sure Mark Zuckerberg isn’t just shedding 🦎 it is summer time 🤔🤔??? pic.twitter.com/wfrrRsBQMS

legend has it that every summer, Mark Zuckerberg (aka the Mime Surfer) attempts to catch a wave and until he does, his restless spirit will wander the earth for all eternity pic.twitter.com/7JBpLAzcds

legend has it that every summer, Mark Zuckerberg (aka the Mime Surfer) attempts to catch a wave and until he does, his restless spirit will wander the earth for all eternity pic.twitter.com/7JBpLAzcds

Mark Zuckerberg was too busy destroying democracy to learn how to use sunblock. pic.twitter.com/InWCT3kFH1

When you bleach your face for the first time#MarkZuckerberg pic.twitter.com/OQPArnQ9uS

“Wear a mask when you go outside”

Some of those are so stupid. Doubt Zuckerberg really cares too much considering he’s a billionaire and controls democracy and whatever, but you’ve really gotta wonder just why he put so much sun tan lotion on, especially when most of it is probably going to wash off as soon as he gets wet and goes underwater? Really weird decision.

For more of the same, check out this story about Mark Zuckerberg losing a game of Scrabble to a high school girl. What an asshole.