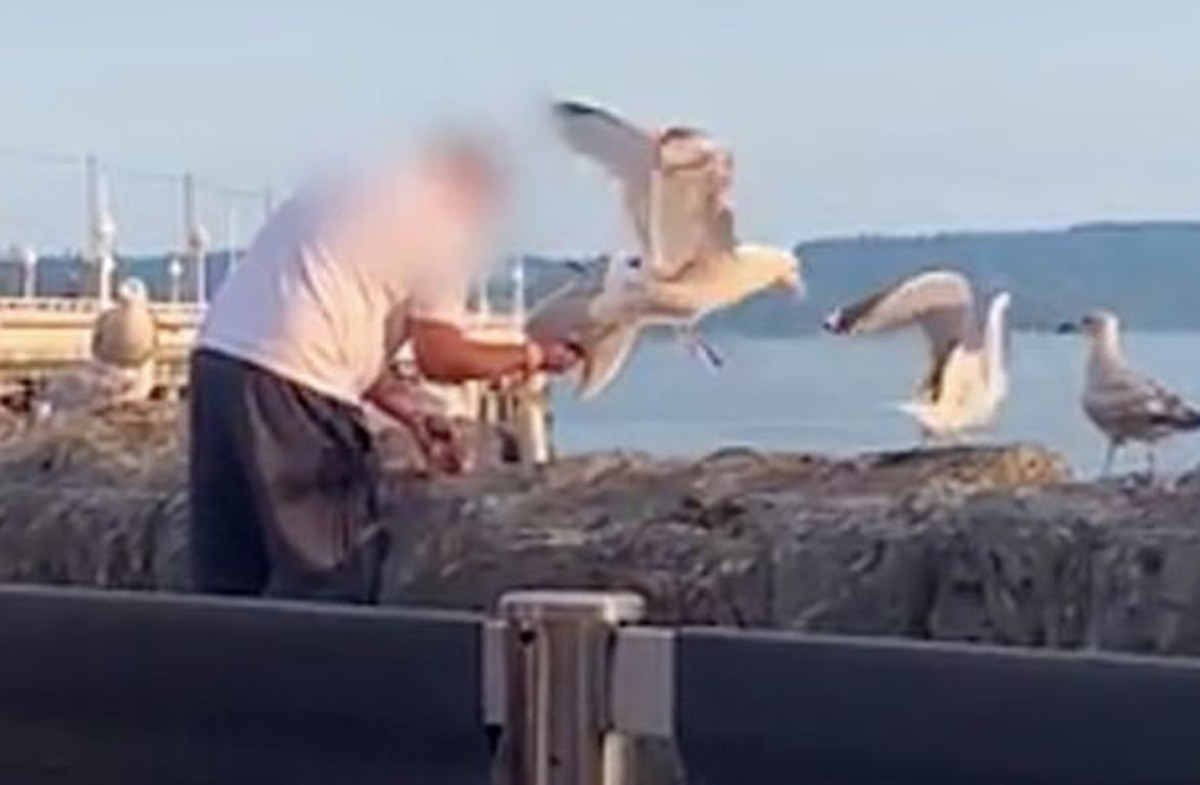 We’ve talked on these pages multiple times about how seagulls are complete and utter bastards and often have little or no respect for us humans in terms of stealing our food all the time and being general nuisances, but I’m not sure if that makes it acceptable to strangle one of them when they steal your doughnuts.

This is the scene that we’re treated to below though, taken the other day down in Torquay outside the Pier Point Chippy. The unidentified man had left his doughnuts on the wall but sadly for him, a seagull jumped down and started eating one of them.

The guy responded by grabbing the gull by the neck and throttling him until he released the doughnut from his jaws. The dude then started eating the doughnut and casually chucked the gull over the wall.

Here’s what the woman filming the video said about it:

Nobody really reacted – everybody was just kind of dumbstruck – so I grabbed my phone and filmed the end of it.

The birds descended when he answered his phone after placing his doughnuts on the wall.

So he grabbed one by the throat and had it in his hand for over a minute and everyone sitting outside at Pier Point restaurant turned around and looked at him in horror – but he didn’t care.

He just carried on. The gull dropped the doughnut and he just picked it up and carried on eating it and licking his fingers!

When people were all staring he just said ‘It took my doughnut’ in a northern accent as if it was a perfectly normal thing to do. But it was horrible.

Yeah, normally I would never be on the side of seagulls but that is quite a brutal attack on the poor animal. Sure, he probably deserved it for stealing the doughnut but you’ve gotta think there’s a less violent way for the guy to get it back. Hopefully he faces some sort of repercussion and hopefully the seagull population take the hint and stop messing us around all the time. Bastards.

For more of the same, check out when this guy spiked a seagull with an ecstasy tablet. That was really mean too.