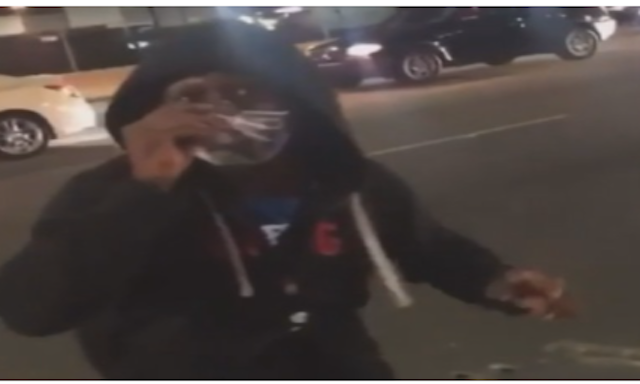 It hasn’t been getting much coverage over here, but right now there ‘s hell of a lot of protesting going on in Philadelphia after another fatal police shooting – this time the victim was a 27 year old knife wielding black man named Walter Wallace Jr.

Wherever you stand on the issue of lethal police force in this situation – there are definite arguments on both sides – I think we can all agree that when protesters start breaking into local businesses and looting them that it really undermines their message and what they’re trying to achieve. With that in mind, it’s kind of funny to watch this guy over in Philadelphia celebrating that he’s stolen a whole trolley load of stuff and then seeing what happens to him.

Lol. I’m not really one to laugh at someone getting robbed and beaten up, but this actually is quite funny considering the goods that were taken off him were already stolen and how he goes from being a complete badass in one moment with his trolley of loot to a little cry baby bitch in the next once it’s been nabbed off him and he’s been roughed up a little bit. Really funny content and a reminder that karma is always going to get you.

For more of the same, check out this similar video where a looter steals an iMac computer and then gets beaten up by other looters. It always gets you.