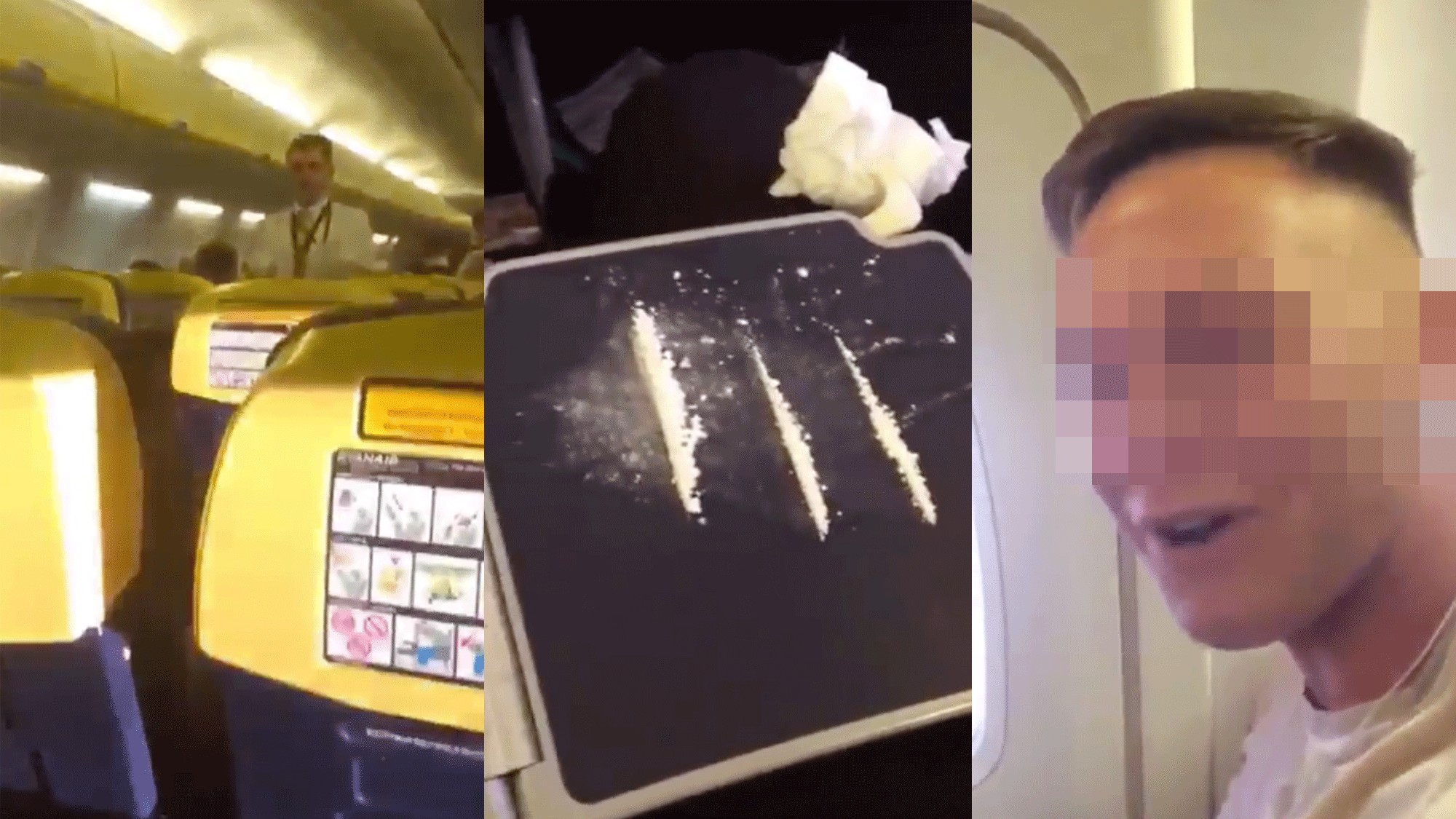 The image of boozed up Brits abroad is probably one that this country is never going to recover from – especially after Brexit – and videos like the one below imply that it’s more likely to become even more debased in the future before it gets any better.

The video shows a bunch of lads on a Ryanair flight who are so pumped for their trip that they’ve thrown all caution to the wind and decided to rack up at their seats on the pull down tray and do them in full view of the cabin attendants and everyone on the flight. Why not eh?

Wow. Those are some pretty hefty lines eh – can you imagine how annoying these guys would be on this flight? It’s bad enough having some boozed up idiots on a flight to Ibiza or some gakked up idiot talking your face off in some random flat at 6am on a Sunday morning but combining the two sounds more brutal and harrowing than being waterboarded. Here’s hoping it wasn’t you.

In all seriousness though some people on the internet are questioning whether or not this is actually real and I have to say that I totally 100% believe it. There’s no way anyone can fake being this much of a dickhead and the coke looks real and the whole concept of doing fat lines on a Ryanair flight to Ibiza and offering the cabin attendant one is so on point with the current identity of Brexit Britain that there’s no way it could possibly be an attempt at satire. Trust me.

Although I must admit it’s kinda strange that Dean has kept the video up considering it’s amassed over 1 million views. Isn’t he worried about his job or family seeing it or anything? Probably too buzzed off his tits in Ibiza to care to be fair.

And what about the cabin attendant? Kinda rude of him not to take a line eh? Not really cocaine etiquette is it?

For more coke, check out Maradona celebrating a goal by doing some of the good stuff. Legend.