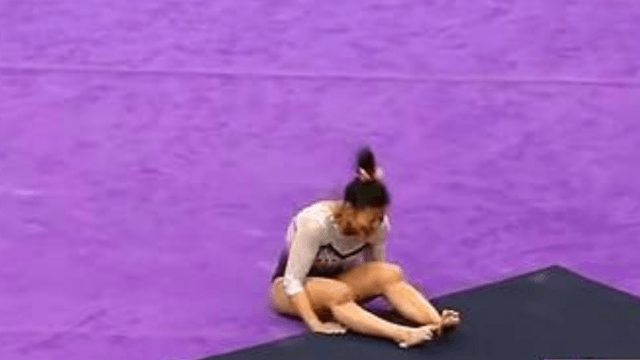 The most gruesome video you’ll watch all day.

You might be feeling pretty sorry for yourself considering it’s Monday and you’re back at work for a whole week, but hopefully this video will help put things in to perspective as to exactly how bad you don’t have it whatsoever.

We’re over at Auburn University in Alabama for this one where one of their most highly decorated gymnasts Samantha Cerio was appearing in the NCAA regional event in Baton Rouge, Louisiana. Despite her experience, Cerio was involved in an absolutely horrific accident when she screwed up her landing and ended up snapping both of her legs in two in what can only be described as the most gruesome video you’ll see on the internet today.

Seriously, I had to cover my eyes as soon as I watched this so if you’re feeling squeamish then don’t watch it – it’s that bad:

Jesus that is awful isn’t it? We’re pretty certain that she’s broken both of her legs there although it hasn’t yet been confirmed by anyone, Samantha has taken to her Instagram to announce that she’s retiring from gymnastics following the incident.

I guess it’s gonna take a hell of a long time for both of her legs to heal and even then it’s gonna be absolutely terrifying for her to attempt any kind of move like this again, so fair enough. Hope she manages to make a full recovery and it doesn’t affect her aeronautics degree too much.

For more of the same, check out the top 5 leg breaks of all time. Holy moly!