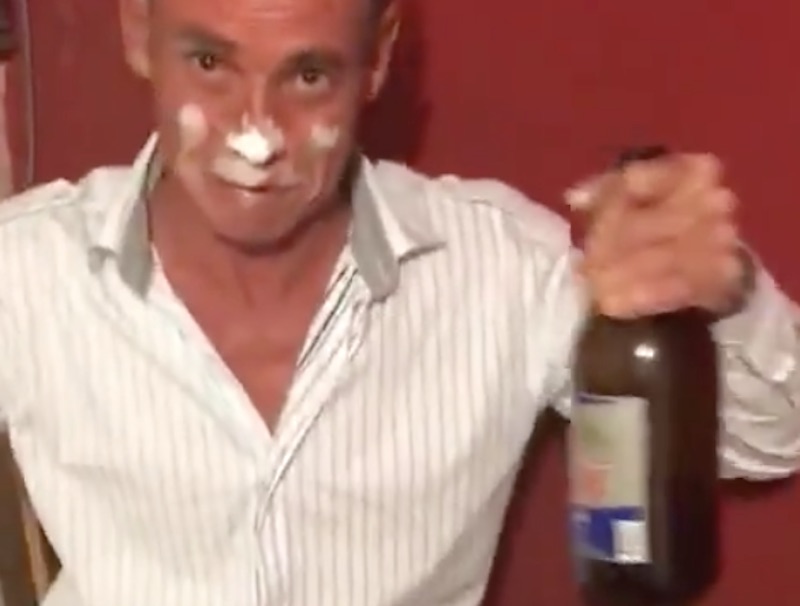 Normally when people do cocaine, even if they say they’re going to rack up a fat line it’s usually only a little thicker than a regular line, but the guy in the video below knows what he’s talking about when it comes to overindulging on the white stuff.

I don’t know where he’s from or what his deal is, but it looks like he really, really, really loves cocaine because he’s racked up two of the most humongous lines I’ve ever seen, has cocaine all over his face as well and also has a huge mountain of the stuff next to him that he keeps whacking his nose into as well. It’s basically a major, major session from this guy:

I wonder if this guy might be overindulging a bit?Like >> Fb.com/RetainYourFreedom

Posted by Silence is Consent on Wednesday, 17 May 2017

Wow. I would have loved to understand what he was banging on about because I bet he was talking absolute bollocks because everyone talks crap on coke and he’s done more than I think I’ve ever seen anybody do in one sitting. Also love the way that a gun is on the table which makes him even more comparable to Tony Montana in his demeanour. Legend.

For more of the same, check out drug dealers now offering loyalty cards to keep users hooked. Good idea to be fair.