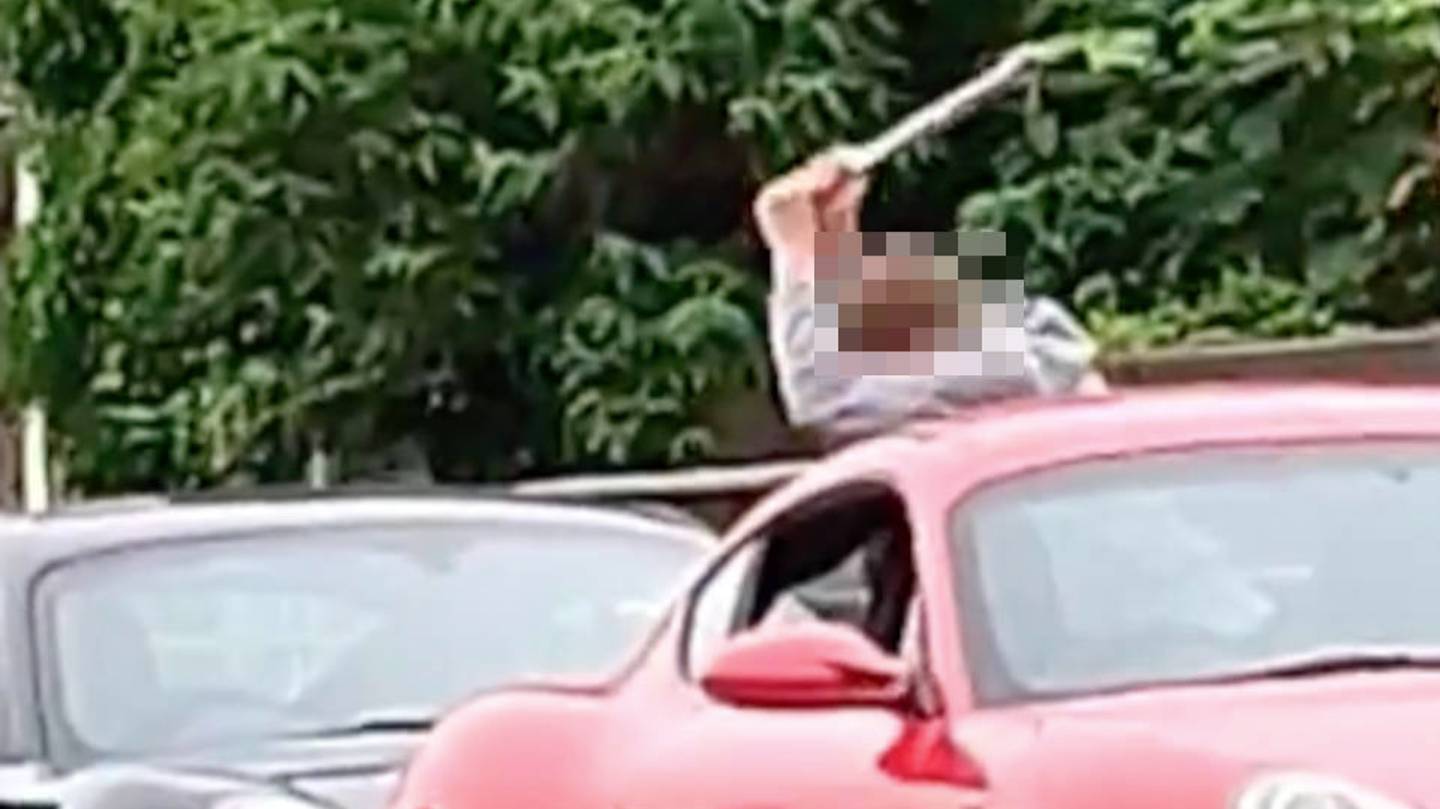 The car got pummelled.

Everyone of a certain age remembers that bonus level on Street Fighter where you smash up the car and I’m sure most of us probably fantasised about doing it ourselves some time but were too scared of the consequences.

Not the guy in the video below though, which was filmed by 28 year old Ryan Hambrook on Folkestone Road in Dover, Kent when he was driving home from work on Friday night. Ryan couldn’t believe what he was seeing, with the guy going hell for leather with a wrench on a Porsche 911, so naturally he pulled over to the side of the road and started filming the unbelievable scenes.

Here’s what he had to say about it all:

I was driving back from work and I saw the older guy stood on top of the car hitting it. I assumed he didn’t own the car and the owner would want as much evidence as he needed so I filmed it until I’d gotten enough evidence and then drove home.

I was shocked to see it happening, it’s not something you see every day.

Folkestone Road isn’t the best of areas but I’ve never seen anything like that.

I just thought, ‘Well, you don’t see that every day.

You certainly don’t do you? That car got one hell of a pounding – would hate to be the guy who owned it. Would also love to know what exactly he did to deserve his car getting well and truly pummelled too. Shagged someone’s wife? Couldn’t pay a gambling debt? Carved someone up at a roundabout? Could literally be anything.

Anyway, apparently the Porsche was found later abandoned at the side of the road. Hope it was insured otherwise that’s £800,000 down the drain. Ouch.

For more of the same, check out this woman trying to set fire to a car but blowing herself up instead. Ouch.