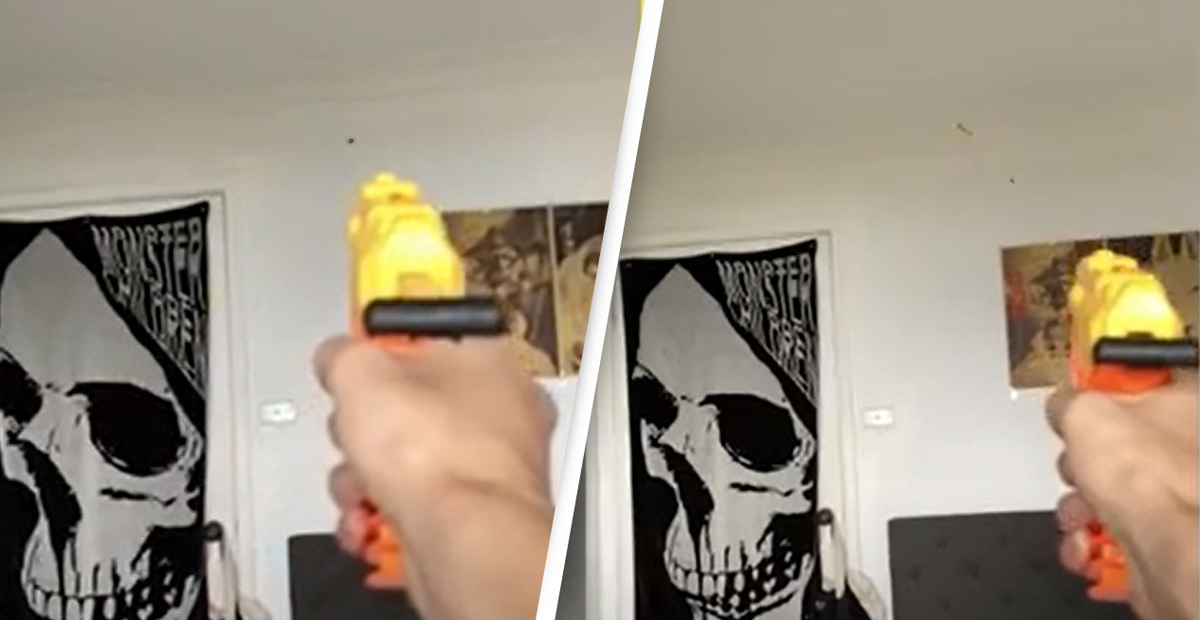 I can’t remember the last time I even heard of someone using a Nerf gun, let alone used one myself, but I’ve certainly got a lot of fond memories of running around various people’s gardens when I was a kid and firing them around at each other.

I gotta say though that I always found them quite hard to aim and it was never as easy to hit my mates as it looked on the adverts, so this makes the achievement of the guy in the video below even more impressive as he managed to nail a fly with one whilst he was filming. That’s one hell of  shot.

You can see it below and read 21 year old Lincoln Carroll’s story underneath that:

I was studying for some online exams I was taking later that day when I saw the fly circling around his room.

I figured I’d go for it because it’d be something funny to show my friends, if I did actually hit it.

I shouted out “Oh my God!” and couldn’t really believe what just happened.

I’ve never shot a fly out of the air before or done any impressive Nerf trick shots for that matter.

I don’t do this as a hobby or anything.

I’ve only used a Nerf gun a handful of times, I just got lucky!’

I found the fly lying stunned on my mattress.

When I approached it, it got back up and flew around again albeit a little shook.

What a story – one of the rare times where everyone involved comes out on top. By that I mean that the fly got hit but still ended up alive. Also, Lincoln’s excitement in hitting the fly may have meant that he screwed up exams, so maybe he didn’t end up on top after all. I’ll shut up now.

For more of the same, check out the world’s largest Nerf gun which is legitimately insane. Seriously.