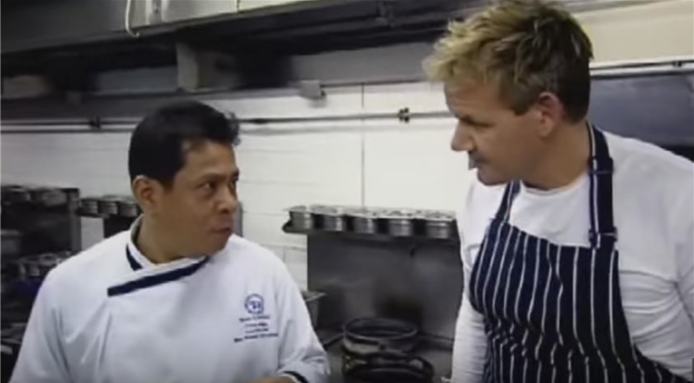 We all know how it’s going to go with any show about Gordon Ramsay – he’s just gonna shout at the chefs for being rubbish and then spend loads of money doing up the restaurant for it probably to fail in the end anyway.

What you hardly ever see though is anyone standing up to Gordon Ramsay as he normally just shouts over them until he gets his way and that’s what makes the clip below so incredible. In it, Ramsay is visiting the Blue Elephant Thai restaurant in London during the fifth series of The F Word when he decides to whip up a quick Pad Thai for head chef Chang to check out.

Contrary to almost every Gordon Ramsay show ever though, Chang is thoroughly unimpressed and reduces Ramsay to a grovelling mess before putting him down even harder to finish him off:

Absolute scenes. I wish more episodes of Gordon Ramsay saw the chef being put in his place for once, but I suppose that’s why this clip is going viral. Not really sure why he’s holding Chang in such high esteem and not just shooting at him, but I’m not complaining when I get to see him acting like a pussy like this at all. Incredible scenes.

For more Gordon Ramsay, check him out casually meeting a London cocaine kingpin. As you do.