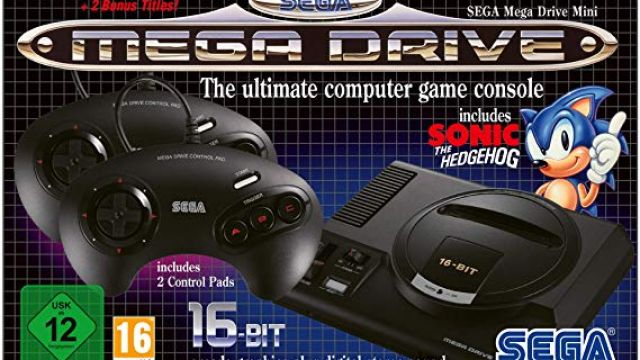 The trend for celebrating the 30th anniversary of old games consoles that you used to have by releasing a mini version of said games console with all your favourite games shows no signs of slowing down with the release of the Sega Mega Drive Mini for this Christmas.

Officially released on October 4th, the games system with feature over 40 games (full list below), two controllers and an HDMI setup for your TV so that it knows how to process and transmit the graphics for it. Useful.

As you might have expected with something like this, the trailer for the game is a complete retro nostalgia wankfest and it’s completely awesome – check it out below as well as all the games you can find on it below that:

Yep that’s a hell of a list and the graphics look like they’re really going to pop with that 16 bit look on your fancyass new television. Look really crisp but still retaining that retro feel that they’re so associated with. Definitely one for the Christmas list this year.

For more of the same, check out these modified NES consoles you can get. Look completely dope.