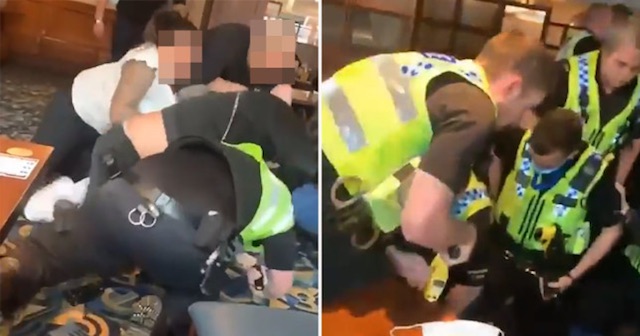 The sun finally came out over the weekend for the bank holiday and it seems like most of the population had a great time hitting up their favourite drinking establishments where they could now sit inside and probably didn’t need to book a table in order to get in as had been the case the last few weeks.

This of course meant that most of the population was also up to its old tricks and that meant getting absolutely tanked and starting fights with random people in the boozer for no real reason, with one example of this thankfully at the Wetherspoons in Scunthorpe thankfully being caught on video by Twitter user Kieran Tidmarsh. This is an absolutely insane video with police officers attacking customers and then eventually tasering a whole bunch of people when they realise that they’re going to be overwhelmed:

Bank holiday weekend has been eventful for this Wetherspoons in Scunthorpe… pic.twitter.com/6B3Nj0qqfm

Jesus. That’s actually kinda scary, but then you think that there was at least one of these videos doing the rounds every bank holiday and we haven’t seen the equivalent for over a year because of the pandemic and you feel slightly better because things are getting back to normal. Nature is healing.

For more of the same, check out this woman attacking an NHS worker in Wetherspoons for speaking too loudly in Polish. That’s just how it goes I guess.