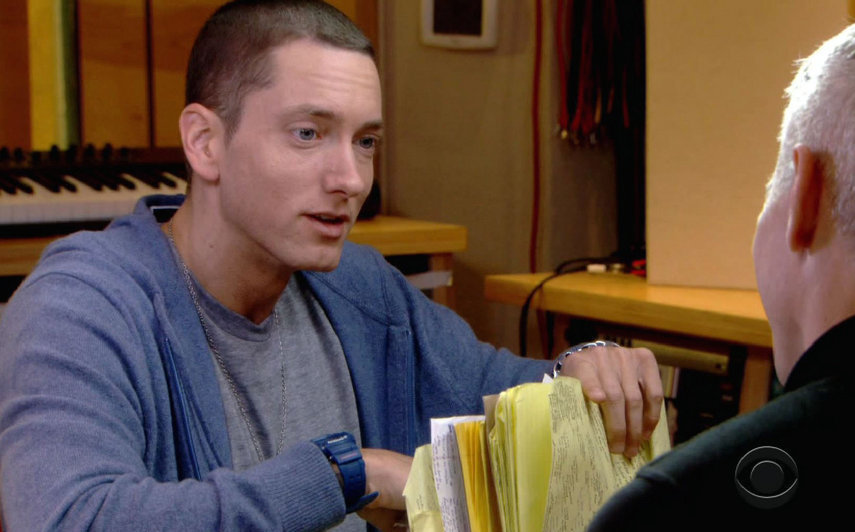 Eminem has long been regarded as one of the best rappers on the planet, which is the reason why he’s sold so many records and is pretty much a household name at this point. Boy can spit.

Not that he really needs to prove it anymore, but during a recent 60 minutes interview he felt the need to illustrate it yet again by demonstrating how many times he’s managed to rhyme the word ‘orange’ in his songs. The Oxford English Dictionary states that the only word that rhymes perfectly with orange is ‘sporange’ – an uncommon botanical term for part of a fern apparently – but Marshall absolutely demolishes that idea with the following two minute video:

OK, you could argue that a lot of the time he’s just using orange as part of a phrase and it’s the second part of the phrase that is actually rhyming e.g. ignorin’ skill, orange bill, but there’s at least a few where it can get away as a genuine rhyme with the way he says it. My favourites are probably syringe and door hinge. You’ve just gotta get a little creative with it.

For more Eminem, check out this story about how Stan almost never happened. Imagine.