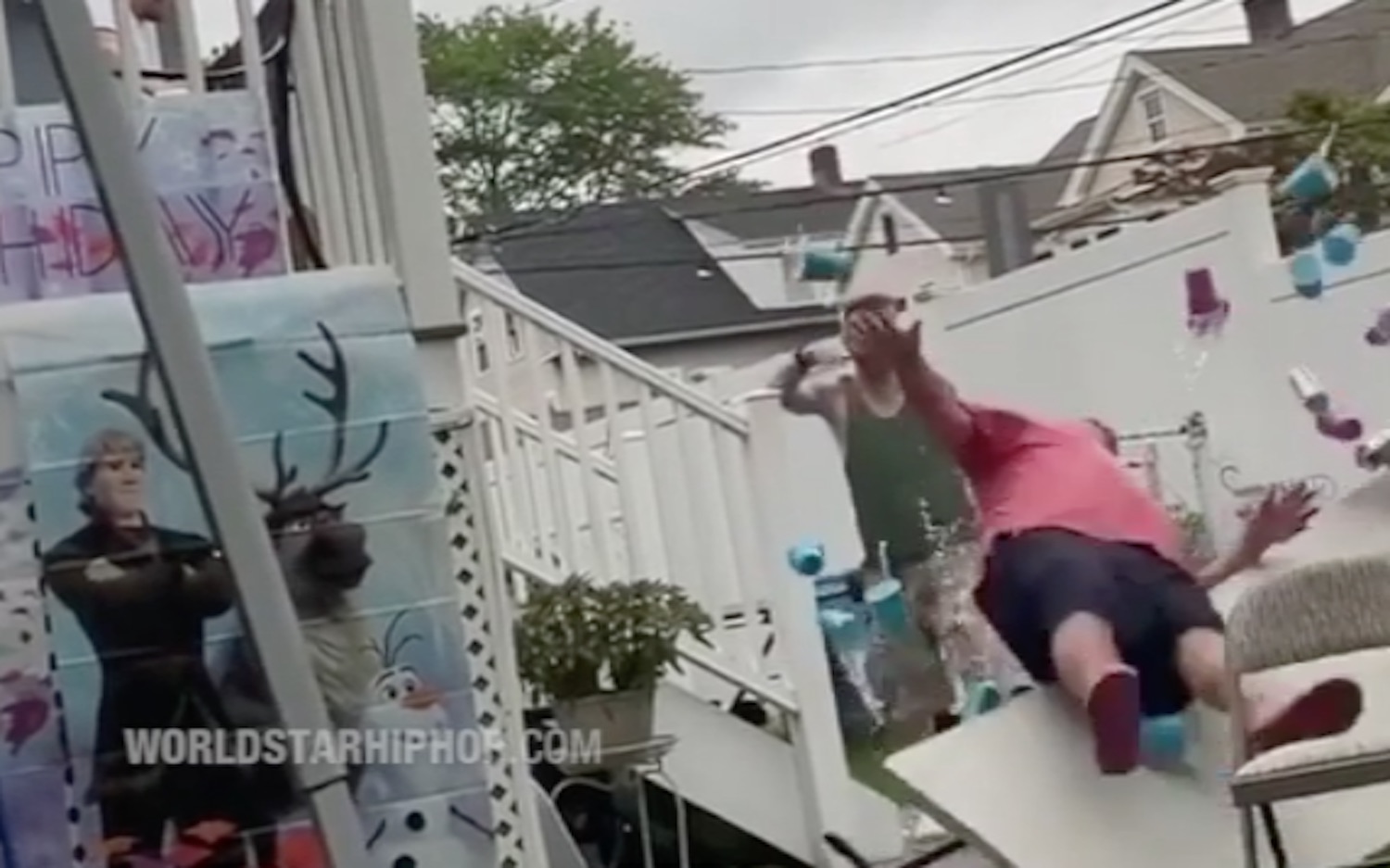 Americans sure do love getting up to some dumb shit when they’re wasted and this has once again been proven in video form thanks to the video below.

I guess two homies were hanging out on their stoop and playing some beer pong (original), when one of them decided to climb up to the top of the stairs and jump over the balcony and through the beer pong table. Things did not go to plan at all though as the table refused to break and he just kinda bounced off it in the most painful looking way possible:

Damn – what about that table then son? It’s sturdy because that guy wasn’t exactly light was he? Table manufacturer should use this video as an advert for just how good their tables are.

As for the guy, he looks like he’s in complete shock as he bounces off the table and then the pained look he gives out as he’s just kinda lying there indicates that he’s really hurt himself and is now in a major state of shock. I’m also a big fan of his buddy filming it and his dorky way of saying ‘that wasn’t supposed to happen’. Pretty much the perfect 14 second clip.

For more of the same, check out this guy who got a bruise shaped like an angel on his ass from falling through a table. Worth it?