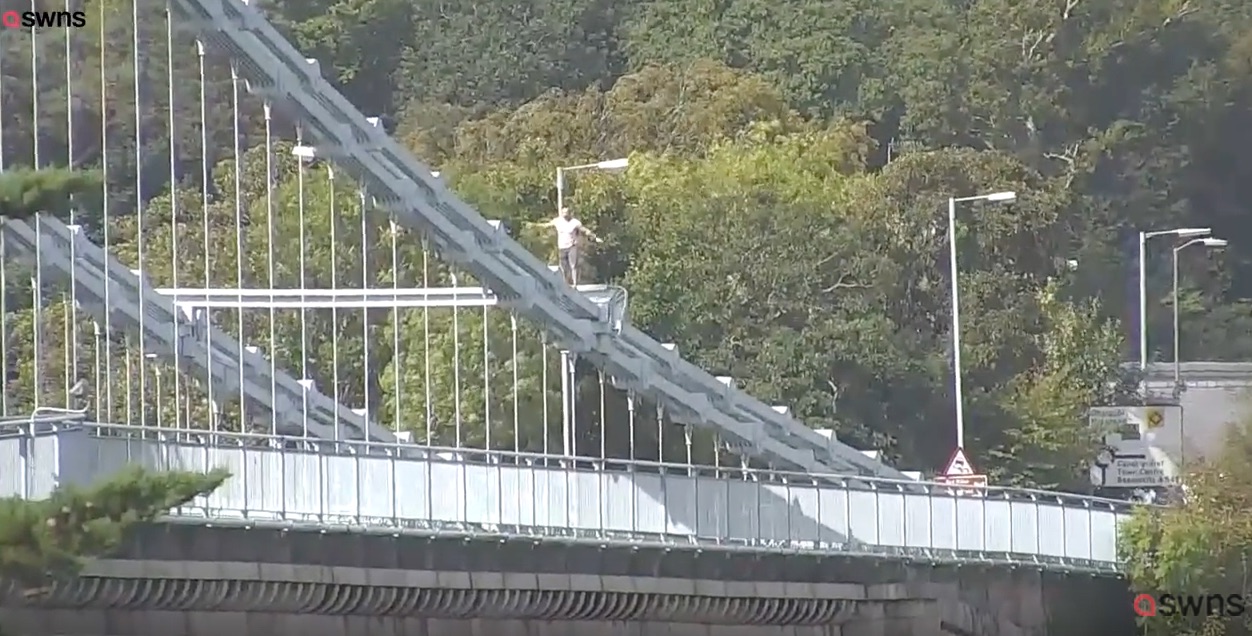 There comes a time when all of us have had a bit too much to drink and need to be sent home, but nine times out of ten we’re probably going to protest at the bartender and say that we’re OK and fine to keep drinking.

Normally you might just need someone to vouch for you or maybe stand on one leg and recite the alphabet to solve this problem, but one guy decided to take it to the extreme and scale a 150 foot suspension bridge when he was refused service at the bar. I guess that really is showing the bartender that you’re not too drunk to have another one because that requires some serious balance and dexterity.

Luckily for us, some weirdo decided to film the whole thing from really far away:

Geez that’s a bit scary isn’t it? Not gonna lie, I felt a bit quesy when I saw him wobbling around like he was gonna fall off and die, but I was kinda reassured by how incredibly nonchalantly he handled the whole situation. He looks like he’s just bopsing down the street to work, not walking a very narrow path in high winds when he’s pissed out of his mind and any wrong step could result in his death. You’ve gotta give the guy props for that.

Unfortunately, the police didn’t quite see it this way and ended up arresting him when he came down. Don’t think he managed to get served either but at least he’ll always be a hero to a few of us out there for his actions in the face of adversity.

For more drunk men, check out this guy trying to open a door for three hours. Legend.