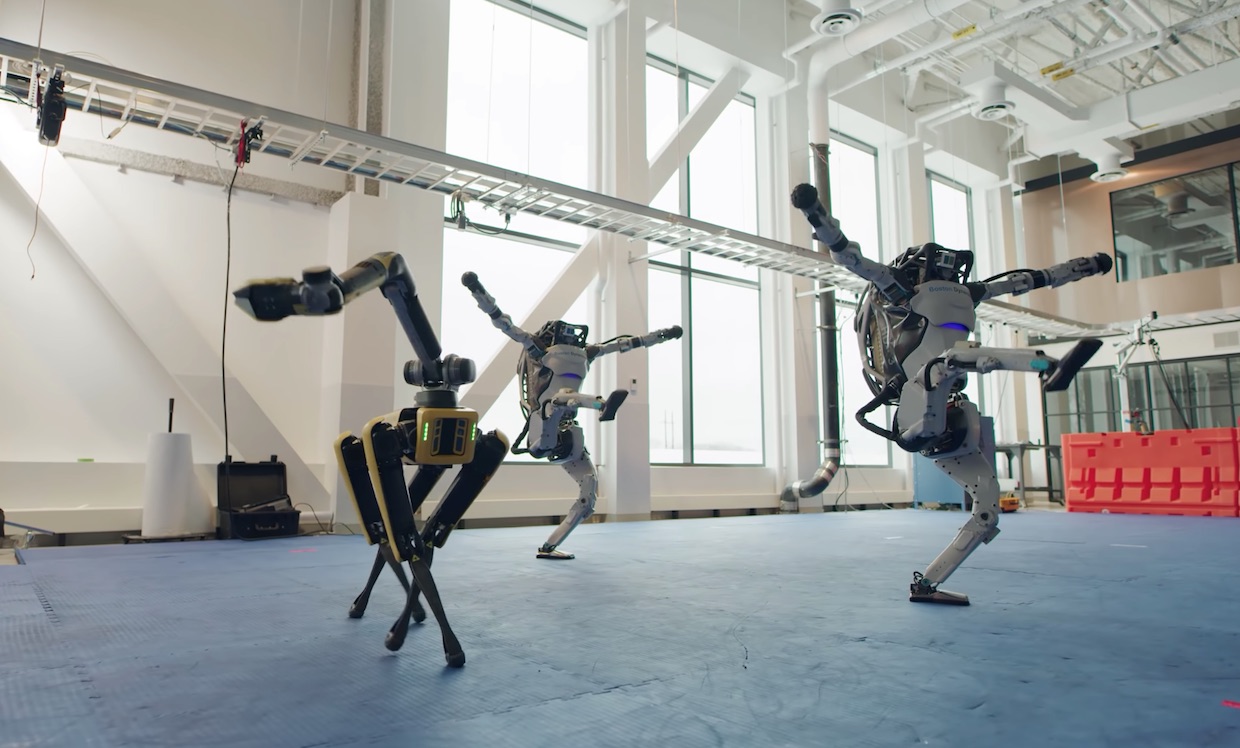 Every time I see a new video from Boston Dynamics I have to ask them why they’re making robots that can literally do anything and are quite clearly going to take us over one day in the near future a la ‘Terminator’,  and this latest one is absolutely no exception in that pattern.

The clip shows a particularly scary looking robot dancing ‘flawlessly and soulfully’ to some music and whilst this might be kinda cute now, the fact is that if Boston Dynamics can program a robot to do this then it’s not exactly going to be too long until they can get one to beat the crap out of you or fire machine guns at you super rapidly. Check it out and see what you think:

Imagine what AI powered machines will be able to do in the next 5-10 years.

Yeah, some people might be fooled by that but anyone in their right mind would be absolutely terrified. Why are these guys continuing to design robots like this and go about it like it’s not going to be a huge disaster in the future?  Please somebody stop them already.

For more of the same, check out this hybrid robot that they released four years ago. Nightmare inducing even back then.