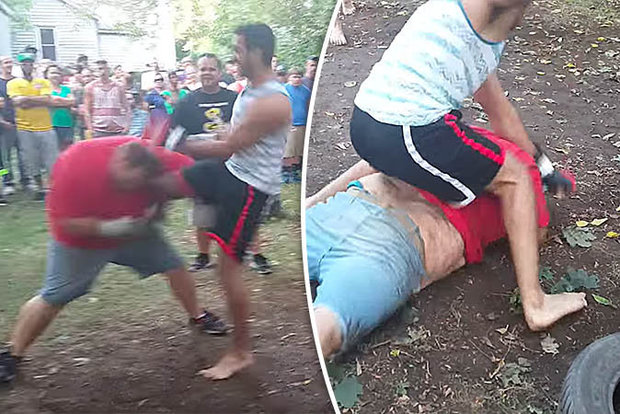 Never go up against a professional.

Most people think that they’re tough and good at fighting and I suppose if you’re a man named Big Ryan and you’ve won over 50 bar fights, you’ve got fair reason to think that. However, coming up against a trained MMA fighter is a completely different kettle of fish.

That’s what Big Ryan found out during his bout with a guy who is only referred to as the Jordanian Nightmare, in what looks like the backyard in some hick town in the American south. I guess it’s probably normal for people to have backyard MMA matches in places like that.

Maybe the fight got stopped a bit early there because it seems like Big Ryan still knows what’s going on as he sheepishly walks off, but I don’t think anyone can deny that he got completely battered by the Jordanian Nightmare. Stick to the bar fights Ryan, leave this stuff to the professionals.

For more backyard MMA fights, check out some of the highlights from this backyard fighting federation. Brutal.