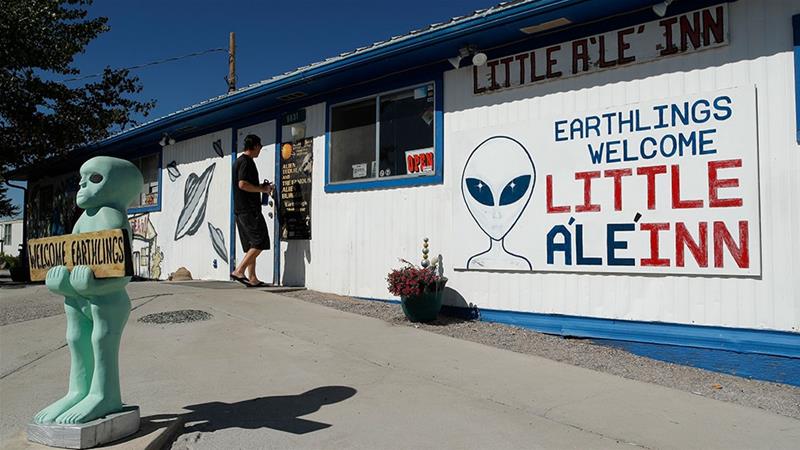 The Raid Area 51 Facebook Event started out as a joke but it’s spiralled into something else entirely -which will probably be the subject of at least one Netflix documentary when all is said and done – and today is the day where it’s all set to go down.

Obviously everyone was sceptical about whether the 2 million people that said they were going to turn up would actually show up, but as the event slowly morphed into a music festival everyone started to believe that at least a few people would turn up to the event. And that they have as a couple of people are now live streaming the event and their journey there and a podcast host named Sarah Fraser is claiming that there are at least 2000 people there right now and 30,000 people scheduled to show up over the weekend.

Judge for yourself. This is the Main stage for #AlienStock and Storming Area 51! Well over 2k people here. Things are gonna get crazy tonight #area51raid #StormArea51 pic.twitter.com/j9e2xmP48x

You can watch one live stream of the event here and another one below. Both were working at the time of writing, but there have been rumours that the US government and Area 51 are working together to shut down live streams of the events to stop their secrets being lost forever:

Stay tuned all night if you want to know the truth I guess. In the meantime, here’s a video of someone Naruto running through Area 51. It’s already starting to happen.