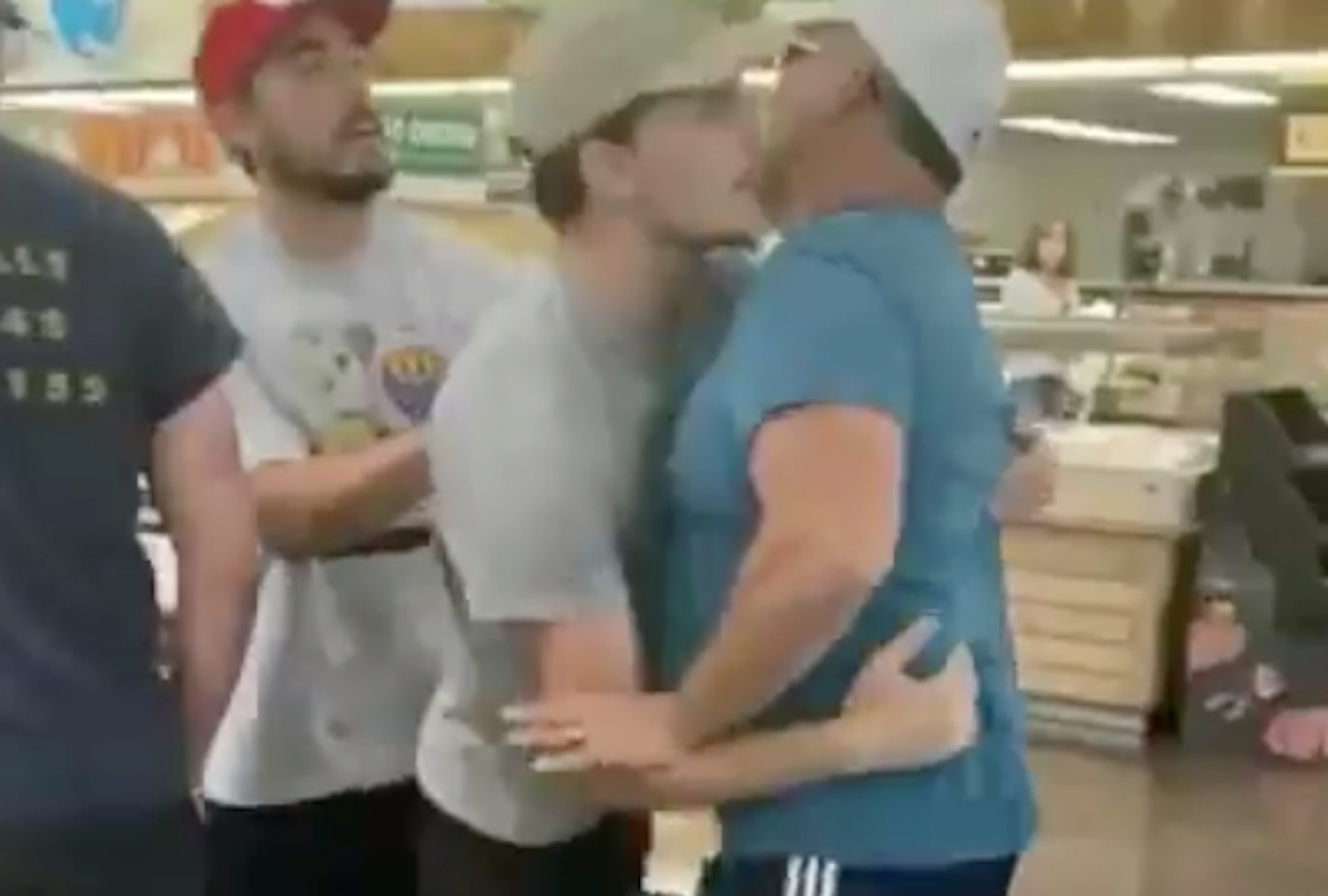 Not even 10:30 am today and I’m already writing today’s first story about an anti masker doing something ridiculous. Wonder how many more there will be today/this week/this year?

Today we’re in Tuscon, Arizona where another anti masker has thrown a tantrum after being told that he has to put one on when he goes inside a store. I keep saying this and I must sound like a broken record, but I still don’t get why it’s such a big deal for people to do that for like 15 minutes or however long they’re in there for? If it could help stop the spread of the virus and save lives, is it really such an inconvenience for you?

Anyway, this guy gets so irate and violent with people that his own son ends up pushing him out of the store and eventually picking him up and carrying him out to stop him humiliating himself. The old alley oop at the end is particularly fun to watch:

Anti-masker in Tucson, AZ throws a tantrum and has to be carried out by his own son pic.twitter.com/ggo4I968aL

Lol. I find it so funny that this sad, fat little man is literally so pathetic and lame that he can’t even stop his own child from picking him up and carrying him out whilst he continues to rant about masks to whoever is (n’t) listening. Kinda sums up the whole movement for me.

For more of the same, here’s a guy wearing a swastika facemark because forced to wear one is the equivalent of Nazi Germany. Tenuous.