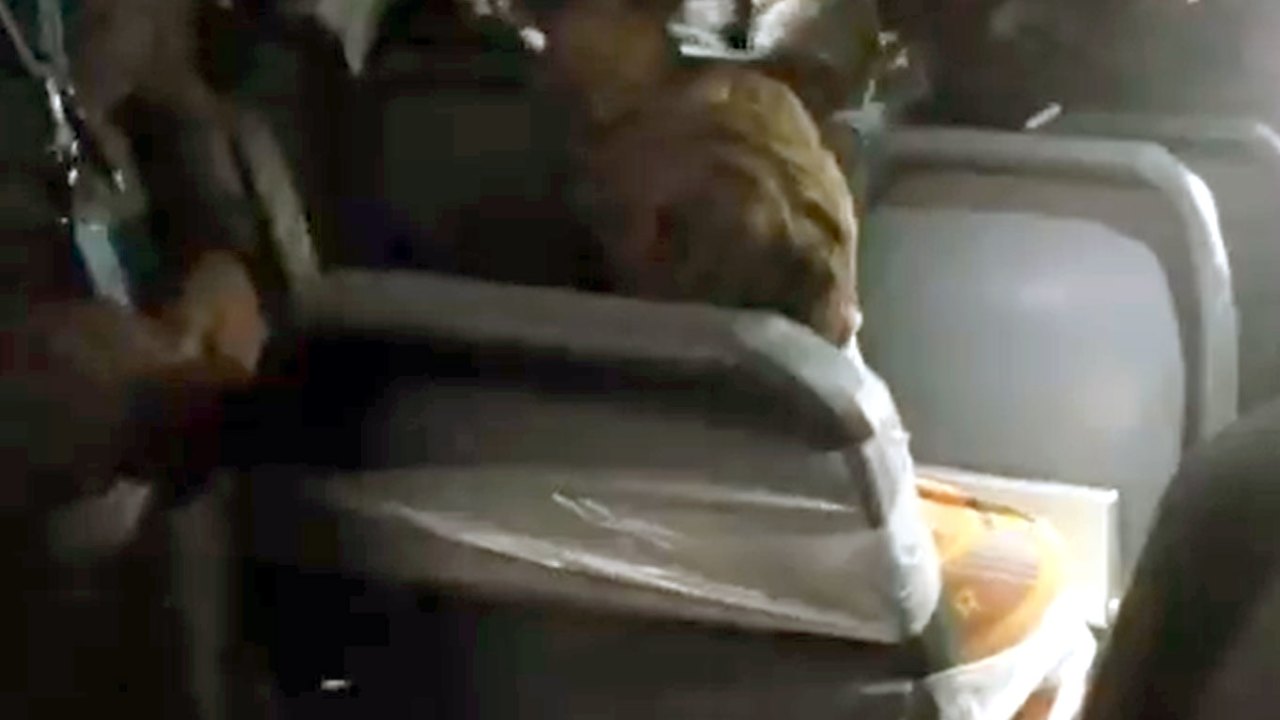 This is too funny.

I’ve been on a bunch of planes in my life and for the most part everyone is respectful and fairly decent to the staff as they all recognise that it’s hardly ideal for them to be stuck in a metal tube for however long it takes to get wherever you’re going.

However, every now and again you get some drunk asshole making a scene about something and ruining the flight and you have to respect the flight attendants to come up with the best course of action is in this situation. In the video below, it was decided that the only way to deal with the drunk idiot shouting and screaming at everyone on the flight was to perform a full Wolf Of Wall Street on him and duct tape him to the seat and let me tell you, the way this video is cut makes it even funnier than it sounds:

Frontier passenger allegedly touched 2 flight attendants breasts, then screamed his parents are worth $2 million, before punching a flight attendant. Frontier suspended the crew for duct taping the passenger to his seat as they landed in Miami. 22 yr old Max Berry is in custody. pic.twitter.com/4xS9Rwvafx

Lol. That guy really got told who was boss didn’t he? Doesn’t matter that your parents are worth $2 million when you can’t get out of your seat does it sucker? Can’t stop laughing at this little brat.

Unfortunately, it looks as if 22 year old Max Berry might have had the last laugh as Frontier Airlines have decided to suspend the crew members who took action against him until they’ve completed a full investigation. Here’s the statement that they released:

During a flight from Philadelphia to Miami on July 31, a passenger made inappropriate physical contact with a flight attendant and subsequently physically assaulted another flight attendant.

As a result, the passenger needed to be restrained until the flight landed in Miami and law enforcement arrived.

The flight attendants will be, as required in such circumstances, relieved of flying pending completion of investigation of the events.

Thankfully that does sound like it’s pretty routine stuff that happens whenever something like this goes down and given the video evidence we can see above, the flight attendants will probably be cleared of any wrong doing and get their jobs back. There’s already a considerable online backlash against Frontier for suspending them, so I doubt that anything is going to happen them even if Max Berry’s parents are worth $2 million. What a little bitch.

For more of the same, check out this fight on a plane between two Brits who refused to wear masks. Classic.