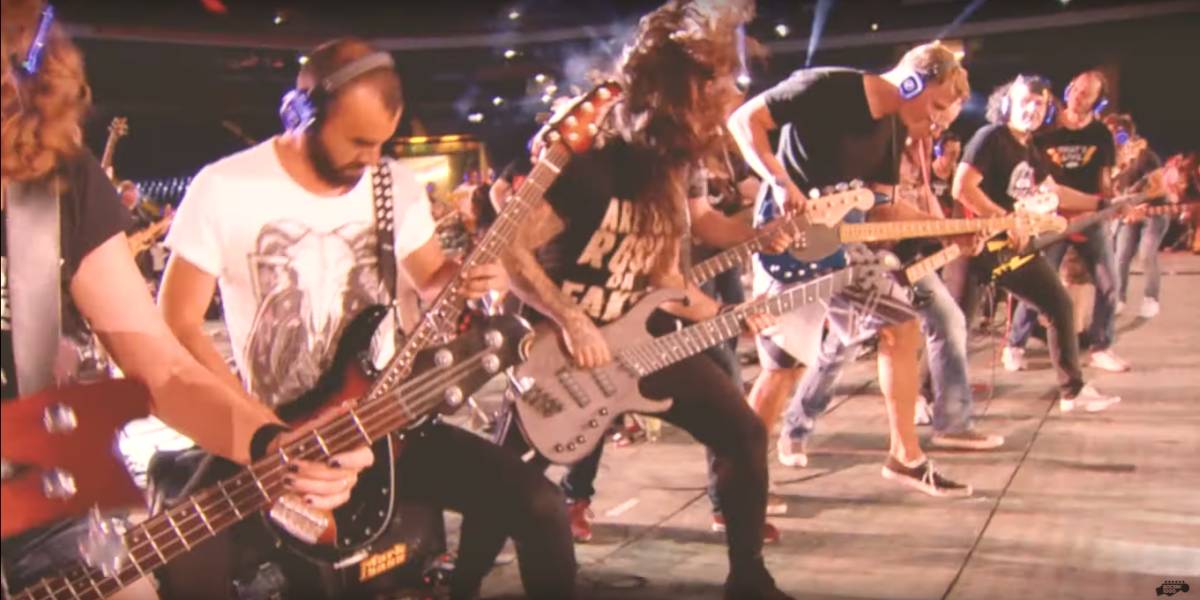 Fuck you I won’t do what you tell me.

There isn’t really any need to have 1000 people playing the same song at the same time, but when it does happen it sounds absolutely fucking killer, as the video below shows us.

We featured Rockin’ 1000 a couple of years ago when they made a video to try and get the Foo Fighters to come down and play in their part of Italy and since then they’ve been popping up intermittently when all 1000 of them turn up somewhere to bust out a cover of a famous rock and roll song. Here they are at it again, where they’ve showed up at the Commerzbank-Arena in Frankfurt to play Rage Against The Machine’s iconic anthem ‘Killing In The Name Of’.

It’s definitely louder than you think it’s going to be:

Whoa. Wasn’t too sure about the brass in there to begin with, but it really did add another dimension and fill in those gaps in the sound that definitely would have existed in an arena without their presence. As it is it just sounds completely and utterly massive and pretty much blew my head off. Well done guys and please don’t leave it so long between videos because I absolutely love them.

If you think this was good, then check out 1000 musicians all playing the Foo Fighters’ Learn To Fly at the same time. Sounds massive.