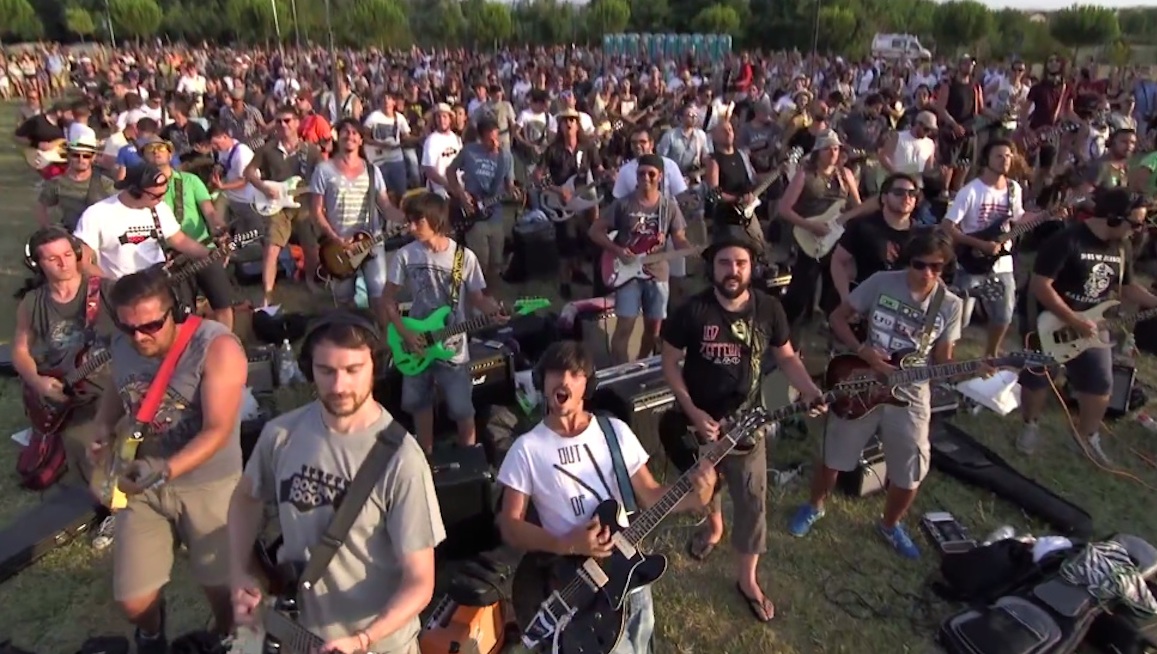 This is the fullest sound you will ever hear. 100% guaranteed to give you chills.

Foo Fighters fans in Cesena Italy are really mad that the Foo Fighters have never managed to get around to playing a show there, so they decided to do something about it.

No, they didn’t start a crowdfunder or a Kickstarter or a petition or something lame like that, but instead they managed to get 1000 Foo Fighters fans from the area into a field at the same time and get ALL of them to play Learn To Fly at the same time. And let me tell you, it is absolutely one of the sickest things you will ever hear.

Not only does it sound louder and more full than any other recording I think I’ve ever heard, it’s also remarkably in time considering how many people are playing it. They probably overdubbed it or something and this isn’t a live take, but even so it’s insane to think how many instruments and vocals are on this track and more importantly just how good it sounds.

And if anything, you’ve got to think that after seeing this Dave Grohl – the ultimate nice guy of rock according to these 25 reasons why he’s awesome – would actually take the Foo Fighters to Cecesna and play a show to them because it’s exactly the kind of thing he would do. In fact, even though he’s headlined countless shows and festivals I would be surprised if Grohl didn’t think this was one of the coolest things he’s ever seen and didn’t immediately make it his life mission to go and play a show for these fine people.

I mean wouldn’t you? Never have I ever known so many people so desperate to see the Foo Fighters to put so much effort into something and create something extraordinary just to get them to come and play the concert. It really is astounding and it left me gobsmacked, which isn’t something I say too often.  Just watch the video and you’ll see what I mean.