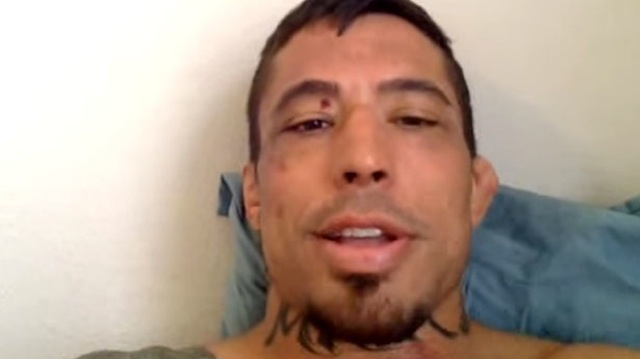 When these two finally throw down it looks like it’s going to be one for the ages.

War Machine has been laying low ever since he went on the run after beating up Christy, but he did post the tweet below four years ago, which implies that the confrontation between him and Dog has been a long time coming and that he would be the favourite in it.

If Dog the Bounty Hunter came to get me I’d beat his ass!

Wow. What foresight – it’s like one of those WWE feuds that they tease for a while until it finally happens. At least that used to happen in WWE, not sure if it does anymore.

In any case, Dog is being pretty sensible about the whole thing, vowing to not get in a ruckus with War Machine when he does finally catch up with him and probably just taser him straight away instead like a pussy:

We won’t kill him, but at the same time, you won’t see Dog Chapman versus the “War Machine” because I’m not stupid – he’d probably break my nose. But, you may see him eat Dog Chapman’s taser.’

Very soon you are going to see pleas for him to come in because we are going to catch him – we are very close to him right now. We just have to handle it right because we don’t want anyone killed.’

Although I suppose you do have to admire Dog’s professionalism over this, it does kind of make him look like a pussy because everyone following this story wants them to have a fight and wants to see at least one of the people involved killed, if not both. The exciting is though that Dog is apparently very close, so we should see the conclusion of what Dog likes to term ‘the hunt’ very soon. We can’t wait.