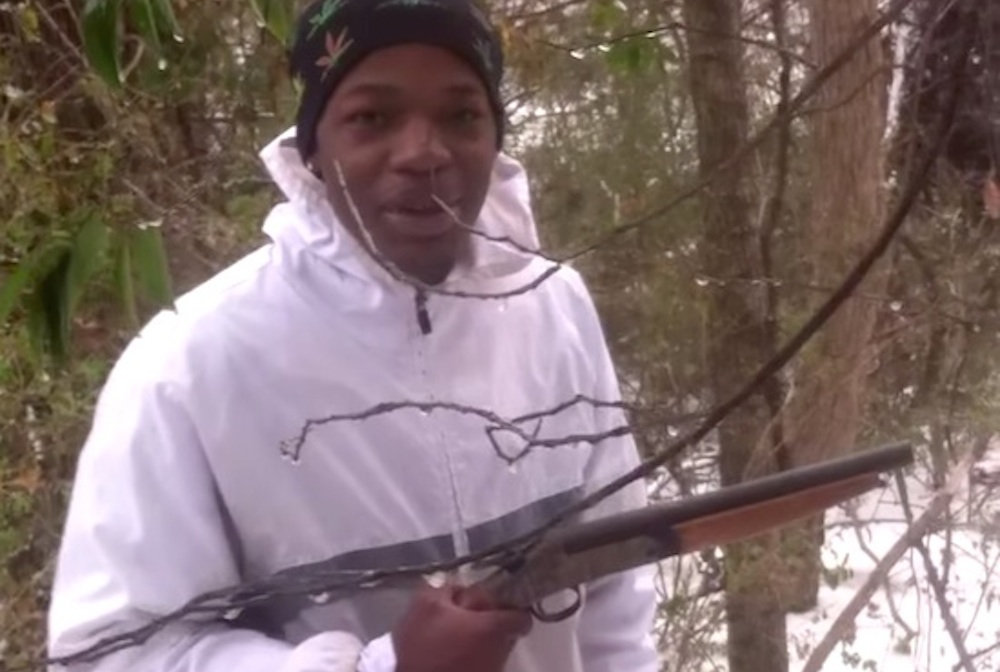 This isn’t Call Of Duty bro.

Most people probably think that’s it’s really easy to do things like hold a sawn off shotgun and fire it with one hand like a badass thanks to all the dumb video games and movies they’ve seen people doing it in, but the reality of the matter is something else entirely.

This guy proves it in epic fashion. I’m not really sure what him and his mates are doing messing around in some snowy woods with a sawn off shotgun, but nevertheless they are. I’m not sure what they’re shooting at either but hey, it’s going down and this guy is being an idiot about it.

Despite numerous warnings from his mate to not hold it anywhere near his face and instead hold it near his hip, he completely ignores him and tries to aim it real nice close to his face. What an idiot – you don’t need to aim a sawn off shotgun that’s the whole point and he’s about to find this out the hard way.

Anyway, you can probably guess what happens next and it’s as glorious as you might imagine. Let this be a lesson to everyone reading – never shoot a shotgun like you’re playing a video game. And also make sure your gun is pointing the right way, because you don’t want to end up like this TV presenter who almost fired a nail gun into her face.