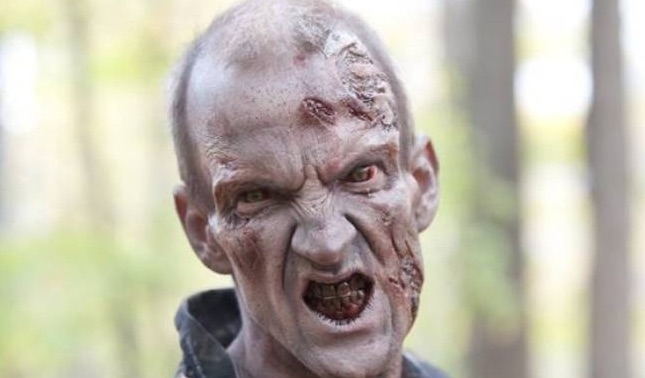 Actors often describe how it’s hard to switch off from playing a character when they go home from work for the day, but I think that the actions of the guy in this article are pretty goddamn ridiculous.

52 year old Michael Mundy seems to have made his career as a Hollywood extra and appeared in two seasons of ‘The Walking Dead’ as a walker back in 2011 and 2012 –  he was the first walker to appear on screen in season three and was quickly dispatched of with a fire poker to the head – and came into contact with 41 year old Beverly Jackson after the pair met at a UK horror convention eight years ago. He hit her up and asked if he could stay in her spare room in Manchester on his next visit to the UK and the pair embarked on a relationship, which ultimately ended with Mundy in jail for biting her and abusing her.

Here’s what Jackson had to say about it all to The Sun: 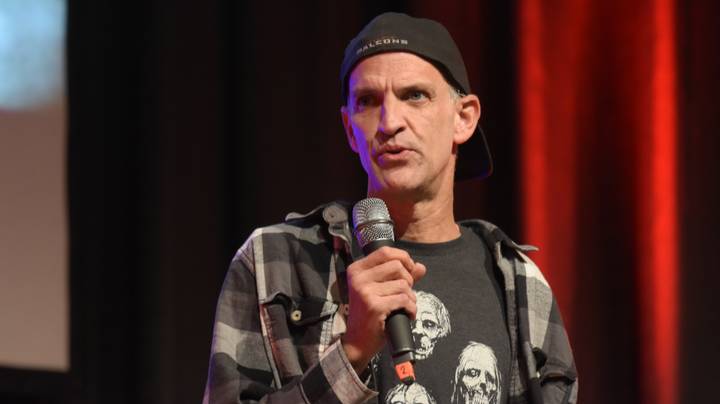 I fell for him. Initially he was very charming and promised to help me get into films. But he became more and more abusive.

He hit me around the face, bit me on the hands, arm and back, kicked me and threw me out of the room.

I fear he won’t stop until I’m dead.

That’s kind of creepy isn’t it, especially considering his most famous role is that of a zombie. Talk about method acting and embodying the role huh?

In all seriousness though, Jackson is fearing for her life after Mundy was thrown in jail for assault last November and banned from going near her. Guy seems to be seriously messed up and needs to be kept away from her as he seems to want to seriously hurt her.

He was homeless upon his release and breached the restraining order to try and contact her, which led to him being thrown back in the slammer again. Jackson is now seriously scared of him ahead of his latest release and understandably so. Hopefully the authorities can keep her protected, but it doesn’t sound like they’ve been doing that good a job of it so far.