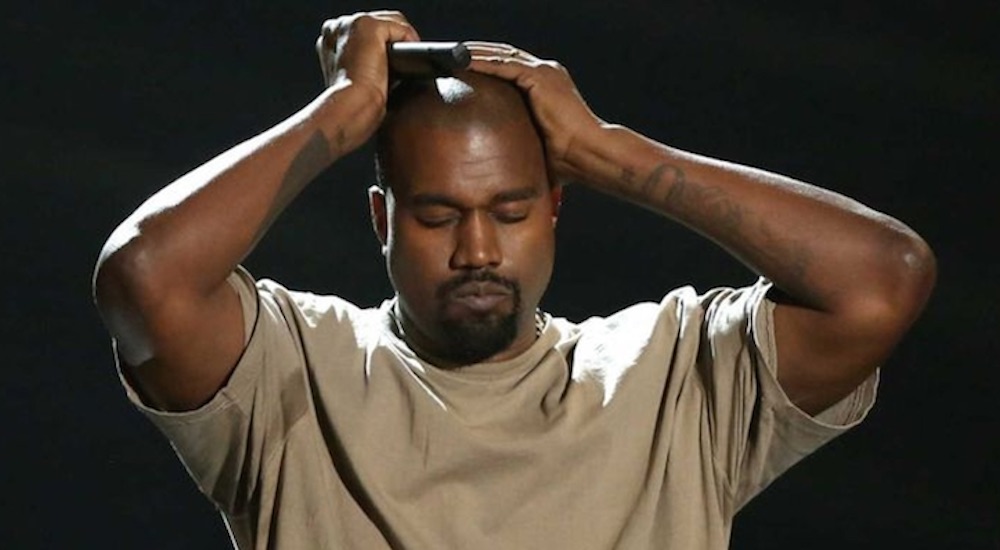 Kanye West has been fairly prolific on Twitter recently – asking Mark Zuckerberg to invest a billion dollars in him and claiming that his new album was rated a 30 out of 10 – but it seems like his antics haven’t exactly endeared him to employees of Virgin Atlantic.

That’s because the following tweet was posted on their account the other day, which seems pretty much unheard of coming from an airline or a company that would value their potential customer base: 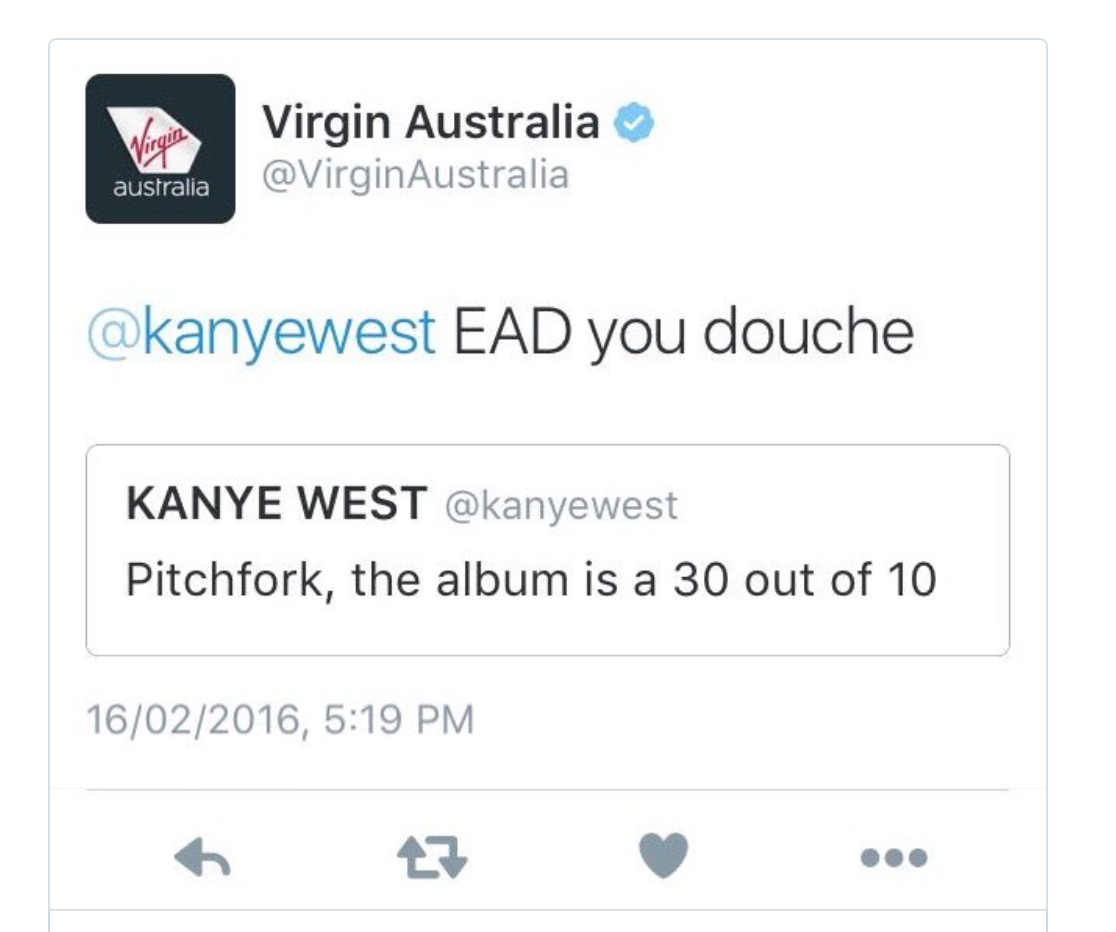 Pretty forthright from them. Of course, the tweet was soon deleted and replaced with the following grovelling apology:

A recent tweet on our account was not published by a Virgin Australia employee and we are investigating the matter.

2/2 We apologise for any offence caused.

Wah wah wah. How the hell was the tweet published on their account if it wasn’t from an employee? I mean I know that’s the oldest trick in the book as an excuse but unless somebody hacked the account to post that – I know Anonymous have done some stupid things lately but not THAT stupid – it seems like the only way it could have happened is if some kid stole their mom or dad’s phone and did it.

Or if someone thought they were doing it off their personal account and not their work account, but in that case they’re an employee so what Virgin are saying doesn’t make any sense. Basically, somebody at Virgin fucked it and they don’t want to take responsibility for it so are making stuff up. Oldest trick in the book.

To be fair though I’m not sure why they’re being so uptight about it as most people seemed to love it judging by these responses:

@VirginAustralia no offence taken. It what we are all thinking.

@VirginAustralia No apologies necessary… I wholeheartedly agree with the sentiment… 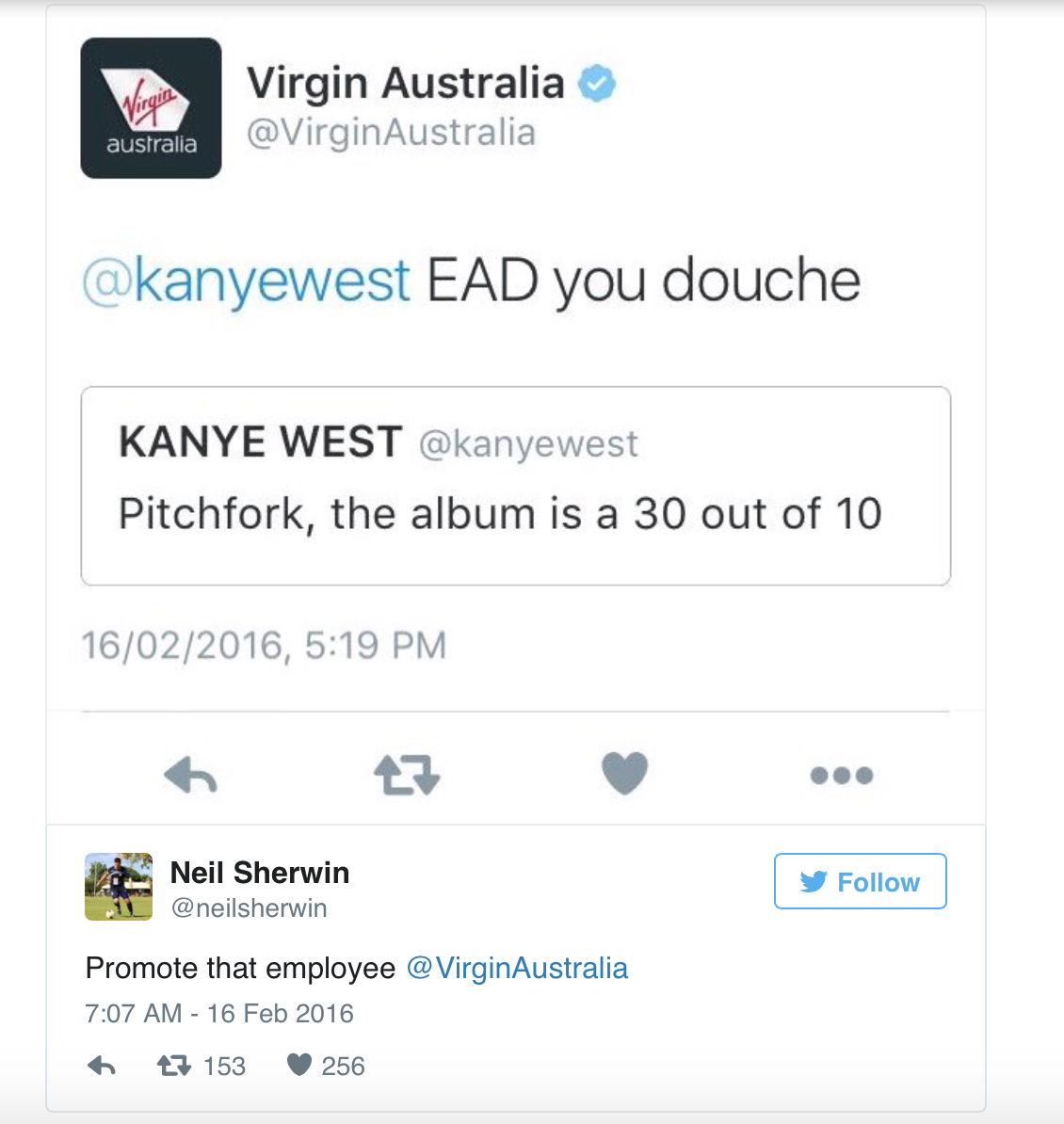 Seems like it’s their best piece of social media policy in years, right? Although it was pretty good when they completely owned Russell Crowe recently too.

I think maybe they’re fast becoming my favourite airline because of shit like this?