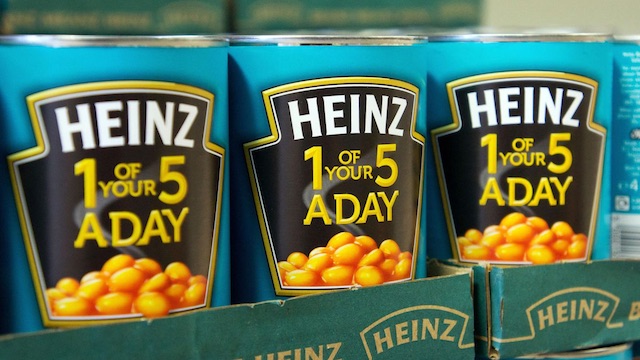 It took less than an afternoon.

It’s only the 4th of January and we’ve already had our first instance of somebody going viral for something ridiculous and then being instantly cancelled in the case of what the internet is calling ‘The Bean Dad’.

‘The Bean Dad’ story referred to a (really boring) Twitter thread about a guy who wouldn’t teach his nine year old daughter about how to use a can opener to open a tin of beans and apparently wouldn’t let either of them eat anything in the house until she figured it out on her own. This took around eight hours and the Twitter story is about as lame as you could imagine, with some people actually accusing the guy of child abuse because of the way he handled the situation.

Not sure if that’s really applicable – although I agree that the Bean Dad probably didn’t need to tell the whole internet about his child raising techniques – but in any case he ended up getting cancelled in a few short hours after someone went through his Twitter account and found a whole bunch of racist and homophobic tweets lying around. Wasn’t long before the Bean Dad account was no more – but obviously the screenshots are saved for eternity.

The first tweet has the whole Bean Dad story – which I wouldn’t recommend even reading because it’s the equivalent of a really boring novel, but can see why you might want to for the sake of completion – and the rest of them are his ‘problematic’ tweets:

In case you missed Bean Dad aka john roderick before he deleted his Twitter account, this is what started it all. pic.twitter.com/KCKRP3099c 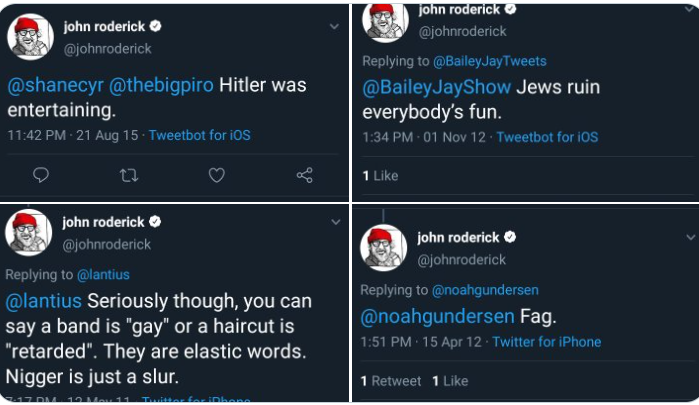 Yeah, I suppose the ‘Bean Dad’ didn’t expect to go viral with his dumb story but you really can’t have all that stuff hanging around on your timeline without expecting to get called out about it at some point in your life. Can’t really have those kinds of opinions in 2020. Or anytime ever really.

Anyway, there’s a bizarre ending to the story of the Bean Dad as it turns out that he co hosts a podcast with a guy called Ken Jennings who was once a Jeopardy! champion over in America and he decided to wade in and defend him:

If this reassures anyone, I personally know John to be (a) a loving and attentive dad who (b) tells heightened-for-effect stories about his own irascibility on like ten podcasts a week. This site is so dumb.

If we’re word-searching through old tweets now, it’s pretty easy to find what he actually thinks about anti-Semitism. On our show he’s always the pro-Israel one!

Again, fairly questionable behaviour but I suppose if someone is more ‘Pro Israel’ than you on a podcast then it definitely isn’t a problem for them to go around tweeting ‘Hitler was right’ and the equivalent. Get a clue dude.

Anyway, happy 2021! Can’t wait to see what goes viral and gets cancelled today.

For more of the same, check out this white rapper getting cancelled 24 hours after delivering a killer verse for his racist tweets. There is no escape.