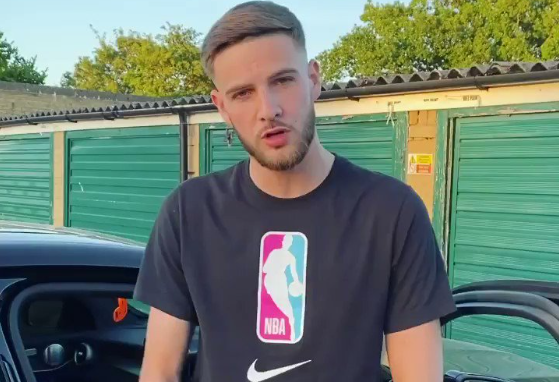 Is this the quickest ‘cancel’ in history?

A London rapper named Glizz6XS went viral this week after he shared a video of himself spitting some hot fire flames (as the kids say), apparently gaining extra street cred for switching up English with West African dialect Yoruba halfway through the verse. A man of culture indeed!

Have a listen for yourself:

Insta loving this one so I’ma leave it here too pic.twitter.com/PG8zPuqJnL

10k ReTweets, 29k+ Likes and similar on Instagram. Surely the next step for Glizz is to find an agent, get signed and embark on rap superstardom?

I mean the guy even fucks up racists, which is something we can all get behind:

We fucking up racists n anyone that enables, supports or sympathises with racists. It always has been and always will be a zero tolerance policy. Absolutely anyone can get it

Just one problem though – he forgot all about internet celebrity 101 which is to make sure you go back through your social media history and delete every single offensive thing you have ever posted in your life. Literally less than 24 hours after the guy went viral, it was too late: 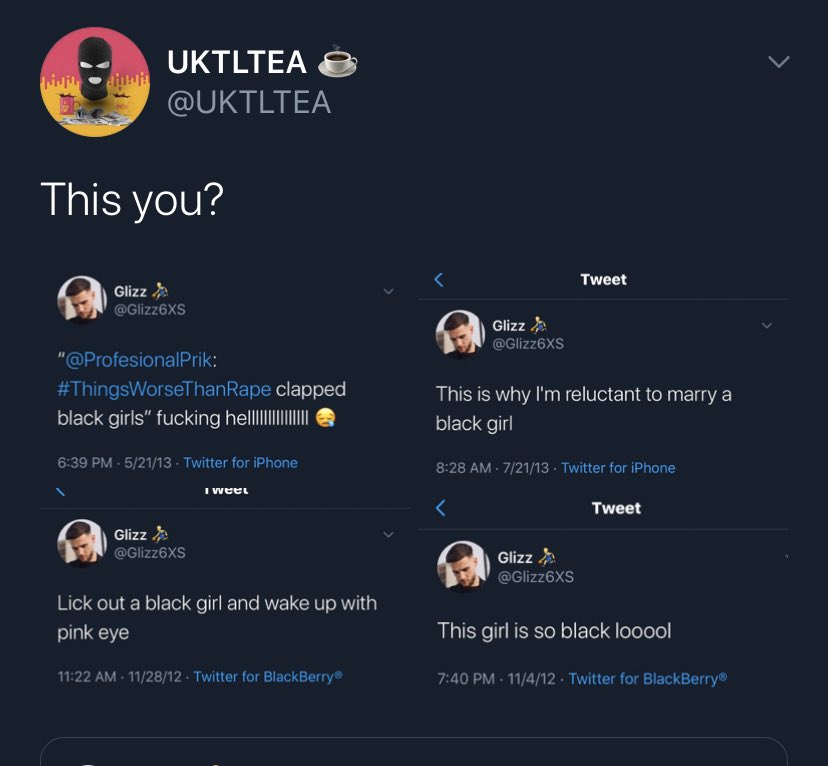 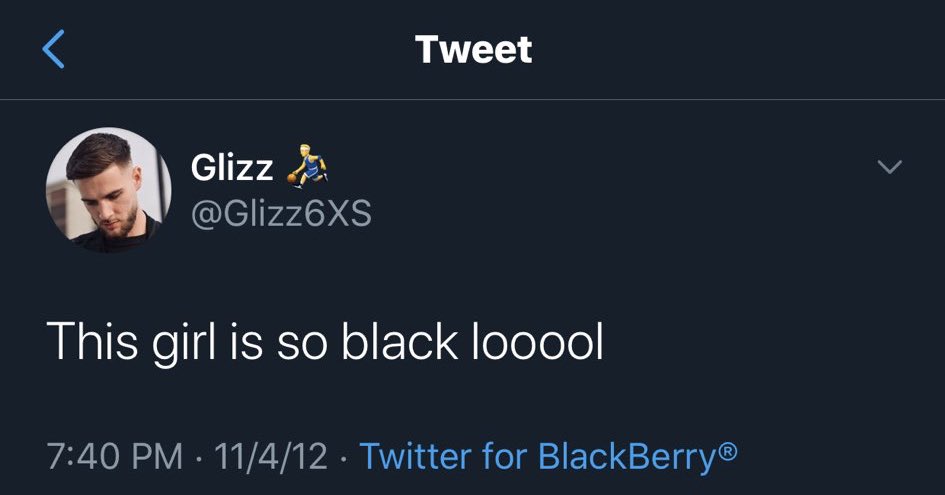 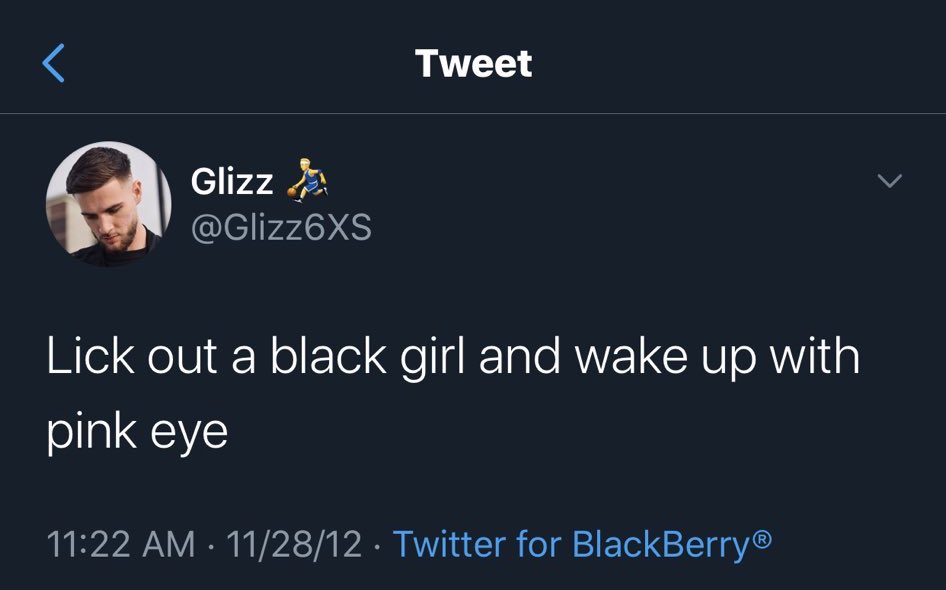 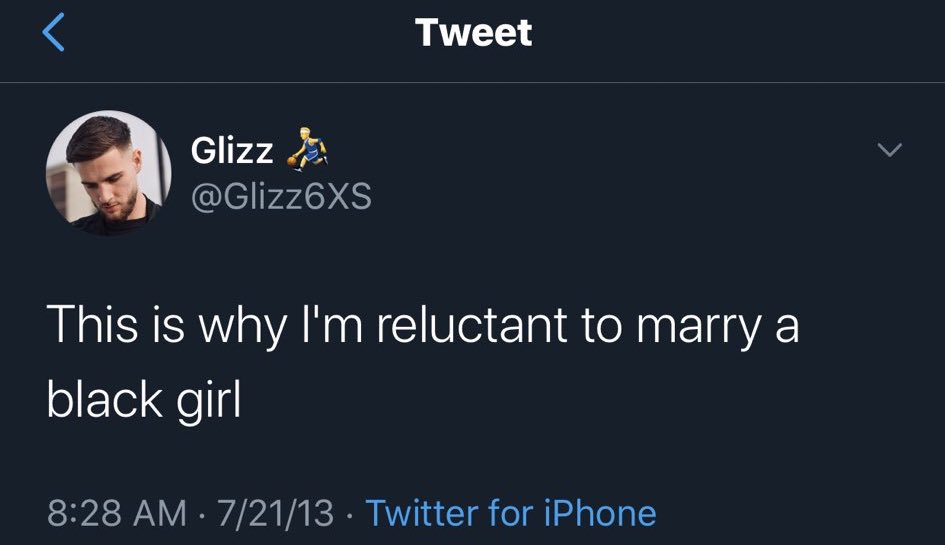 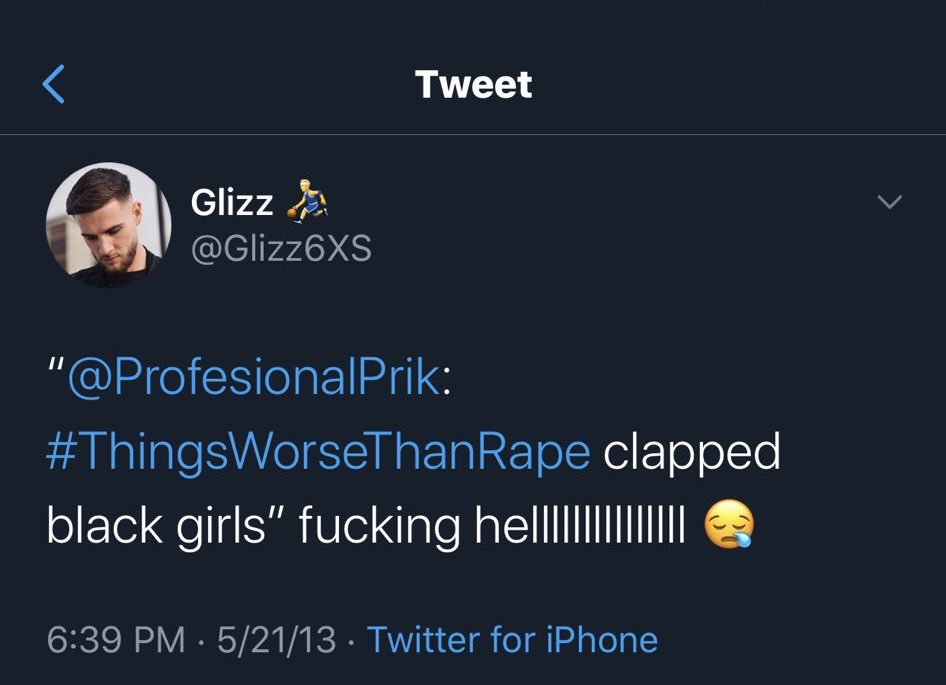 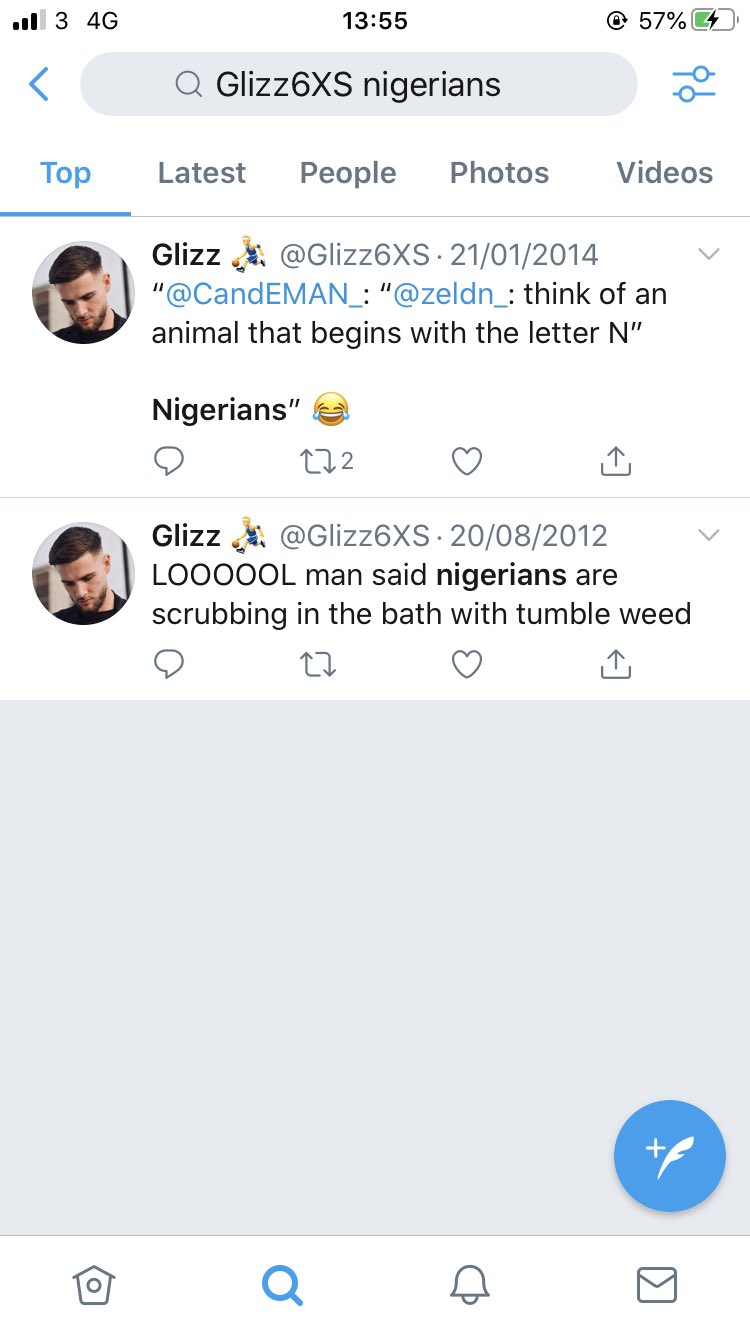 Obviously this has resulted in a complete 180 and those bigging up Glizz earlier in the week are now trashing him online. Which begs the question – is this the quickest ‘cancel’ of all time? I don’t think I ever heard of someone getting cancelled pretty much the moment people found out who he was. So don’t quote me but it just could be.

One thing I’ll point out, as someone who hates cancel culture in general, is that Glizz’s racist Tweets are from 2011 – 2014. Which doesn’t make it OK of course, but he’s a young man now and so was even younger (and dumber) back then and no doubt seeing these Tweets again will have filled him with horror and embarrassment. I’m sure he’ll address them in due course (maybe in another fire flames verse?) and we’ll have to wait and see whether the internet is feeling forgiving. 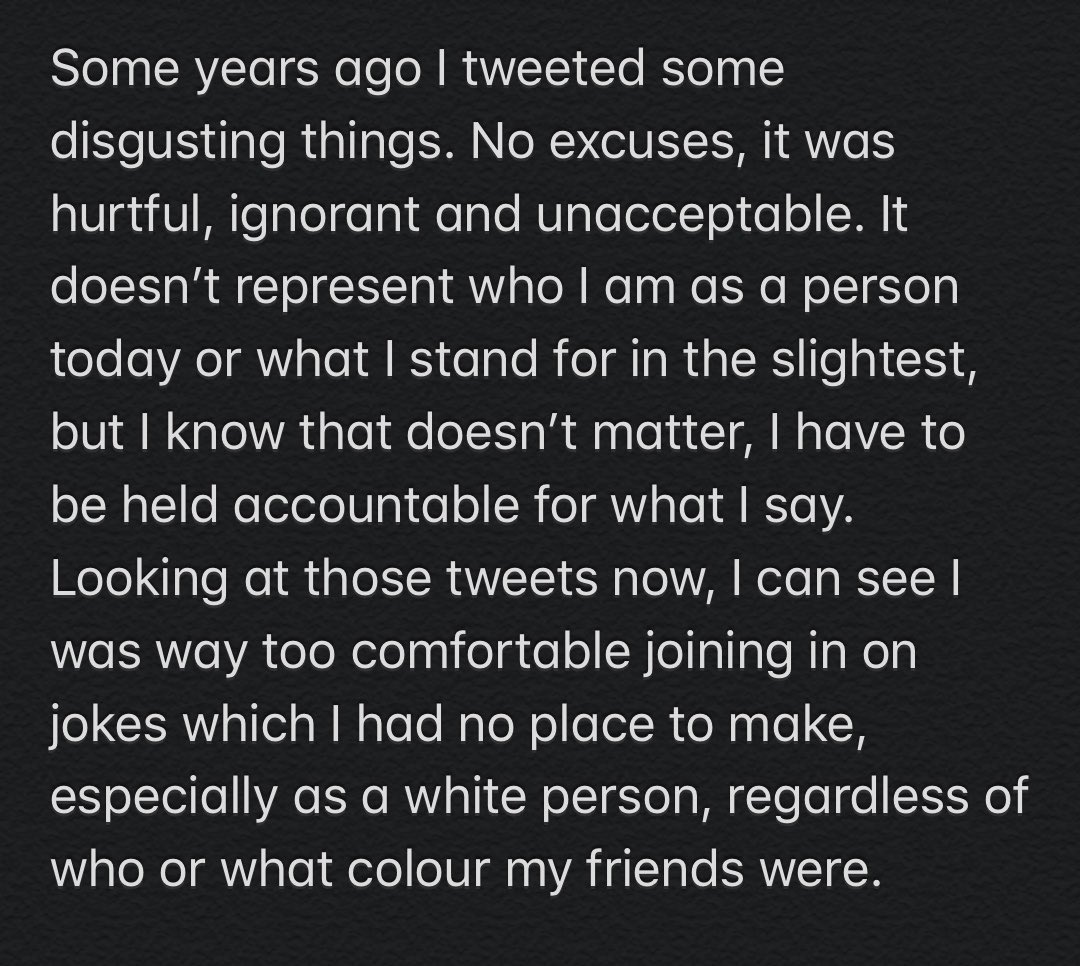 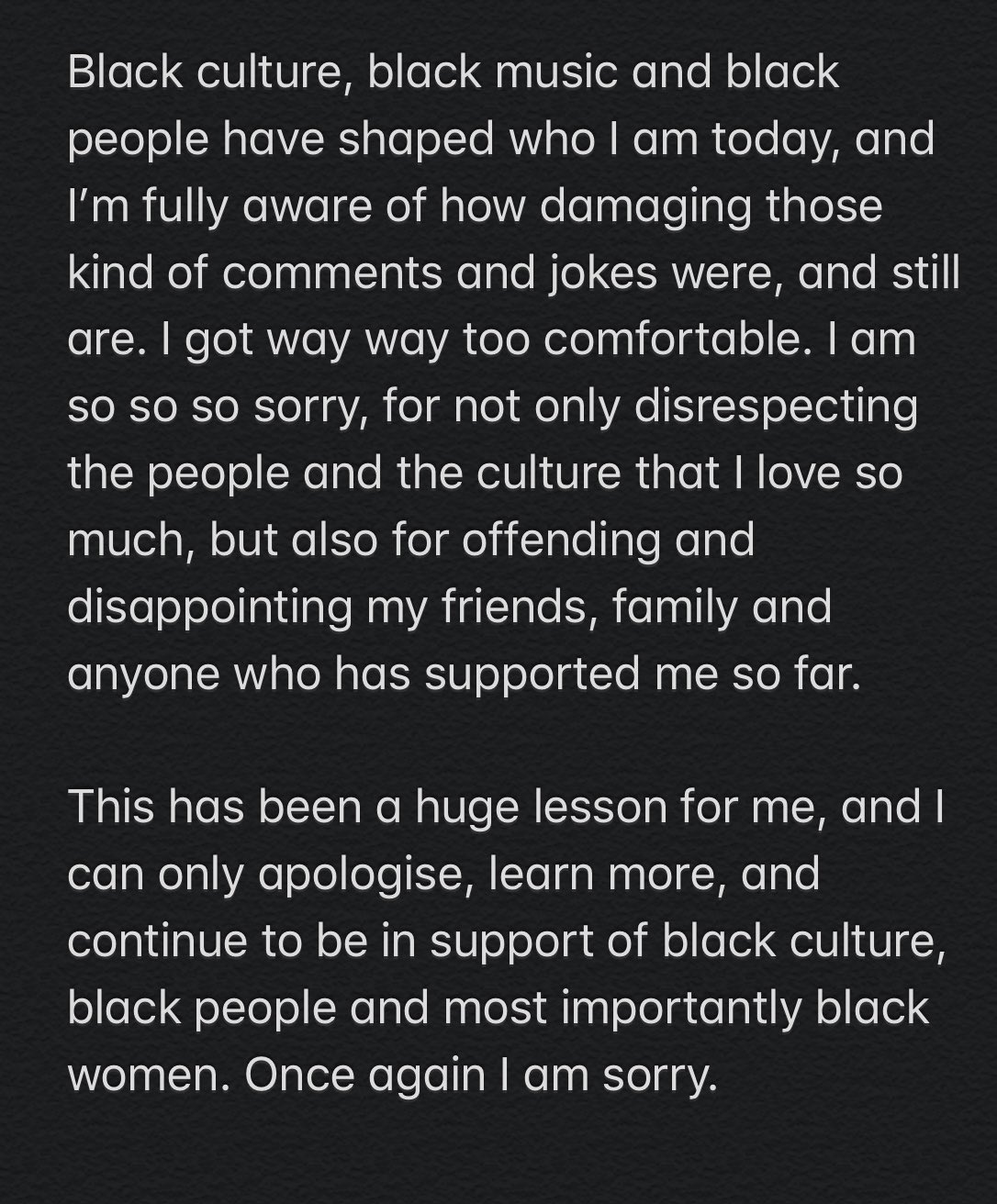 For the white kid who dropped an N-bomb during a rap battle and got absolutely destroyed for it, click HERE.