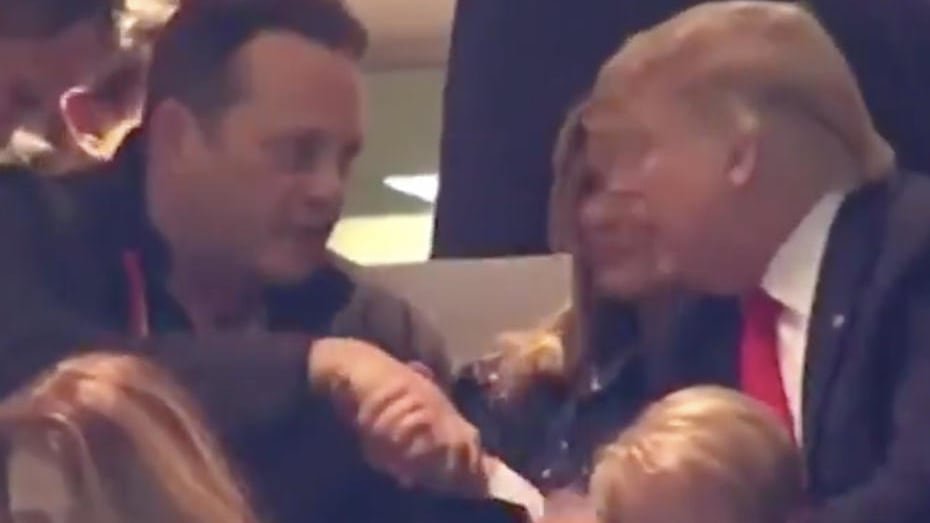 It’s pretty exhausting keeping track of which celebrity everyone is mad at these days and for what dumb reason, but it looks like it’s the turn of the usually lovable Vince Vaughn after he was caught on camera shaking hands with Donald Trump this week.

I’m very sorry to have to share this video with you. All of it, every part of it. pic.twitter.com/ELMbDHZbZq

And some of the reaction:

I no longer am a fan of Vince Vaughn

Shame to see Vince Vaughan so casually sit with a known traitor, terrorist and rapist with a smile on his face… but then we know how heavily shielded Trump is from any human being with a spine, so it’s probably not too shocking.

Whelp… that tells me all I need to know about Vince Vaughn. 🤢

I’ll never not see this image when I look at #VinceVaughan. It may have ruined my favorite movies. It will definitely stop me from going to more of his movies. #Stage5Clinger #PutinsGOP

Unless Vince Vaughn was trying to “Crash this party” and snuggle up to Melania, he just bulldozed his career.

I mean is it really that big a deal? Imagine wishing the worst for someone just because they were cordial to the President of their country. #CancelVinceVaughn is trending because people are literally asking to boycott his movies. I can just imagine these people on Twitter scrambling to invent a time machine so they can go back in time and stop themselves watching Old School & Wedding Crashers a million times like the rest of us. They legit feel horrible about themselves because they enjoyed Vince Vaughn’s movies once upon a time.

Can’t we just go back to crapping on Vince Vaughn because he was terrible in True Detective 2? Those were simpler times I think. Times when shaking hands with an unpopular figure (on the internet at least) wasn’t something people wanted to ruin your livelihood over.

The again these are the same people who claim Barack Obama is ‘alt-right’ because he ripped into woke activism. What a world.