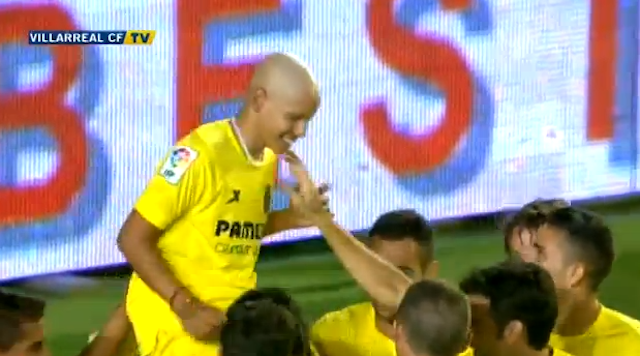 A 13 year old cancer patient named Gohan told his nurse that it was his dream to play for Villarreal, and the club went out and actually allowed it to happen in a charity match against Celtic, which has got to be one of the most awesome things that a football club has ever done for anyone ever.

They got him his own strip made up and allowed him to kick off the match, as well as filming the whole day for him from the time he met his teammates to the warm up and his time on the pitch. They even got him his own booth in the changing room with a picture of him on to make him feel right at home.

What’s even better is that he ended up scoring in the game. Of course, both teams were set up to allow him to do that – and he did almost mess it up, and it’s not as good as amateur Matt Eliason’s bicycle kick when he played the MLS allstars – but hey if you’re a 13 year old kid playing for your favourite team and scoring a goal, I don’t think you’re really going to care how it came about are you? It would just be one of the best things that ever happened in your life that’s for sure, and I’m stoked that Gohan got to experience that.

The proceeds from the match are also going towards a three year research course to help children with cancer. Bravo Villarreal.