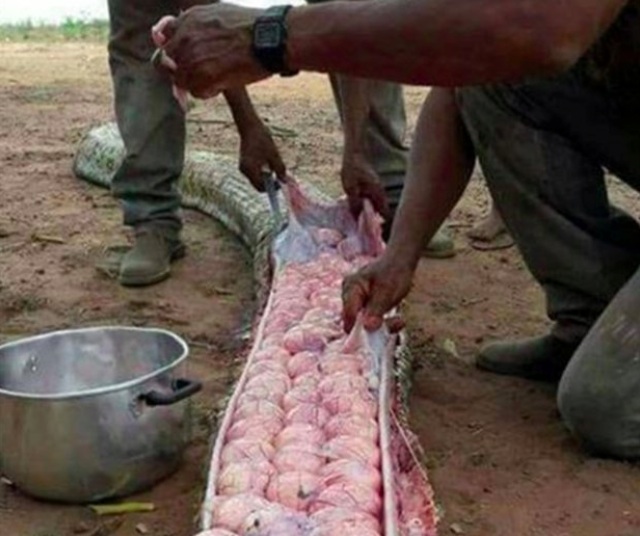 If you’re living in Africa and a bunch of your livestock goes missing, then it’s not really out of the ordinary to think that they may have been eaten by a giant snake, especially one with a massively swollen stomach.

I think that’s a perfectly reasonable assumption under the circumstances so I don’t really blame the villagers over in Nigeria who decided to kill this snake after their livestock went missing, as they figured he was eating them all. Turns out that her swollen stomach was due to pregnancy though, with over 100 eggs found inside it: 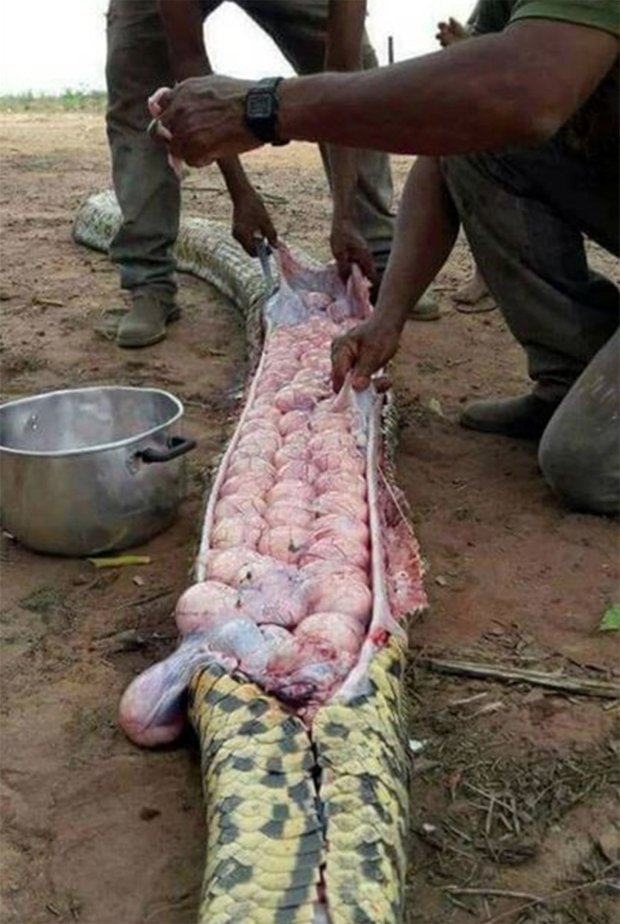 Yuck. The villagers actually regard the snake eggs as a rare delicacy over there, so even though the snake hadn’t actually killed their livestock, it was kind of a win-win situation for them, even if they did end up killing an innocent snake.

You would kind of expect a snake to eat something it shouldn’t or cause some trouble though anyway, so maybe it was a good thing they got rid of it ahead of time in any case.

For more serpents, check out this weird Brazilian snake that kind of looks like a penis. Unlucky pal.