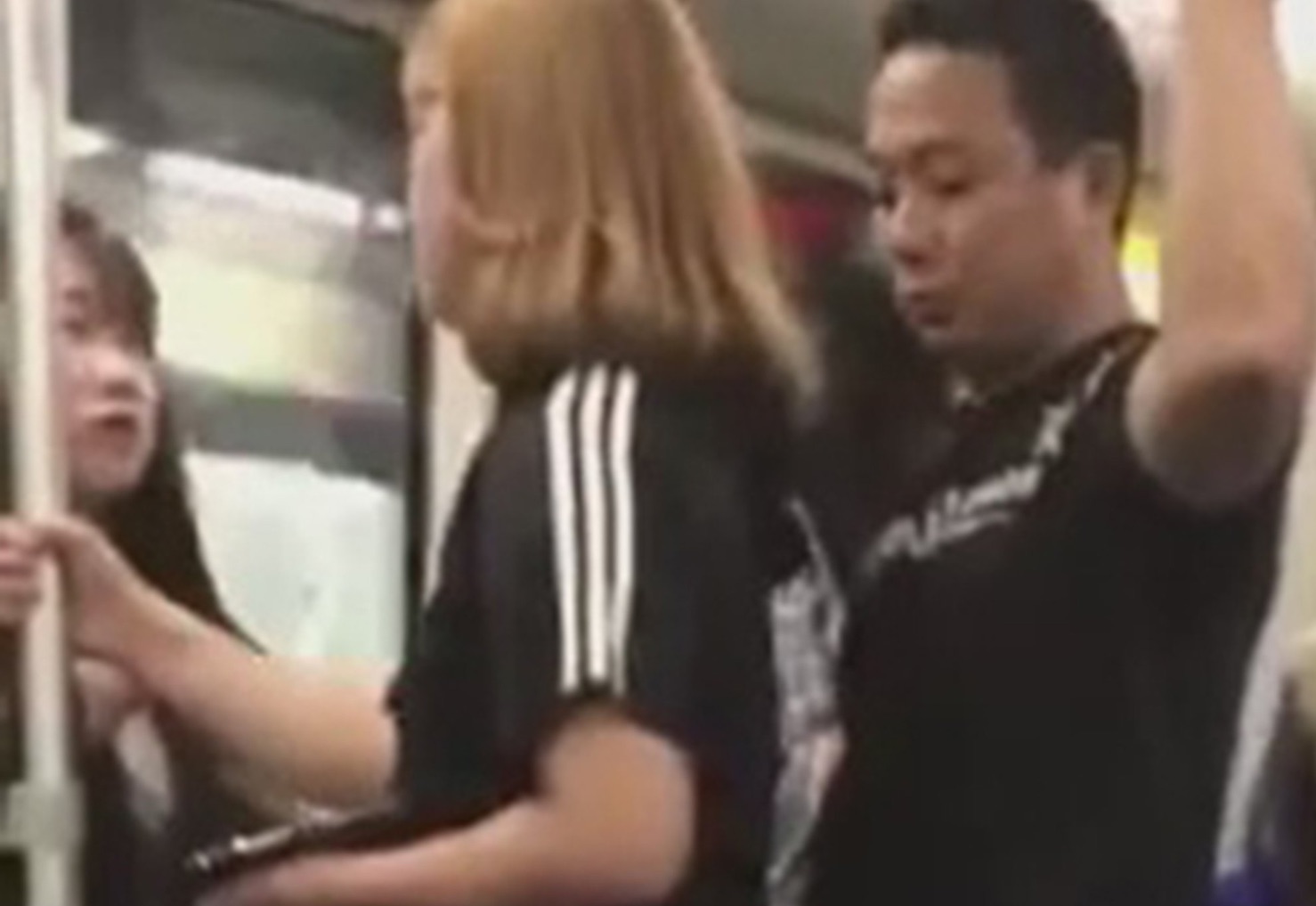 It’s an unfortunate fact of modern life that people actually have to be wary of others committing unwanted sexual acts on public transport, but that is usually thankfully(?) constrained to people jerking off or having sex where they’re not welcome.

This gross dude over in China had to take things to the next level though unfortunately with some truly disgusting behaviour. He was filmed on the subway just before Shanghai Indoor Stadium Station with a raging hard on, consistently pushing it into the back/leg of the girl standing in front of him.

Ugh, stuff like that genuinely makes me want to shudder. Amazingly the person filming him, the other people taking pictures and the woman he was sexually assaulting – because make no mistake, that is sexual assault – failed to call him out on his behaviour and so I imagine he just got off the train and ran into the toilet to crack one off.

The clip has been shared about three million times on Chinese social media though, so I doubt that he’ll be coming out of his house any time soon. That’s gotta be a wounder when you get caught out over something like this, but man you really shouldn’t be doing it in the first place. Serves the prick right.

For more of the same, here’s a couple of people getting busted having sex on a London night bus. Save it for the bedroom guys.