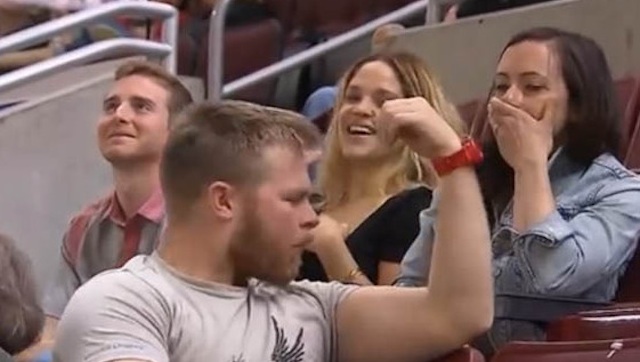 I didn’t know such a thing as the flex cam existed, but I suppose it’s a pretty good idea for getting the crowd pumped up at a live event. It’s basically what you think it is – the camera focusses on you and you flex your muscles for the crowd.

Unfortunately for this beefy looking guy it helps if you have actually have some muscle, and also if there isn’t an insanely sculpted female bodybuilder standing behind you who shows you up like the fat lard ass you are. Unlucky pal, although it’s probably not as big a diss as this dude who got rejected by 5000 girls on Facebook.