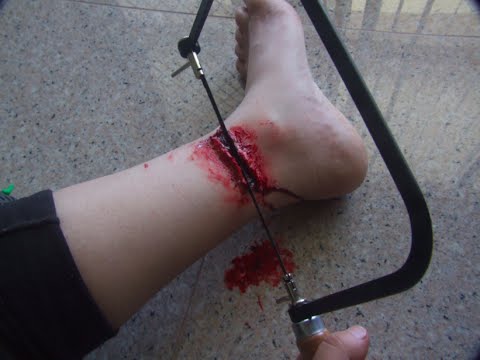 I’ve never been so desperate for money that I’ve truly considered drastic action, and even if I had been, I don’t think I would have cut my foot and part of my arm off for money.

The same can’t be said of this 30-year-old woman from Vietnam named Ly Thi N who was so desperate for an insurance payout that she did exactly that. She paid her friend Doan Van D £1660 to do the deed and also tell police that she found her injured on a Hanoi railroad pictured below – she was hoping to claim that she had been hit by a train. It’s believed that she ran a struggling business that was massively in debt and that she would have received a $150,000 payout from her insurance company if her claims were to be believed. 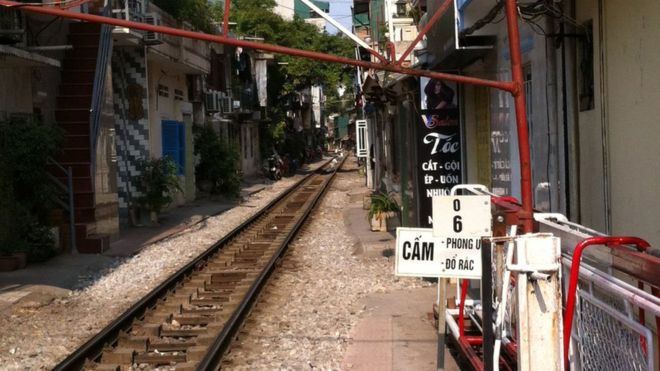 Amazingly, the police and her insurance company managed to see through her ruse but are refusing to prosecute her for insurance fraud because it would be too difficult. Explaining the situation, Le Van Luan, of the Hanoi Bar Association said:

It would be difficult to find the appropriate law to charge the pair with under the penal code.

We need a new article for this kind of fraud. Her self-harm is horrible and extremely rare.

Well yeah no shit, it’s kind of weird to think that there’s actually no way they could be prosecuted for this though. That’s out there. I suppose they haven’t really got away scot free though, as Ly Thi N doesn’t have a foot and a chunk of her arm missing whilst also owning a failing business. Doan Van D probably came out of it fairly nicely though.

For more body parts being amputated, check out these insane photographs from a public amputation in Iran.