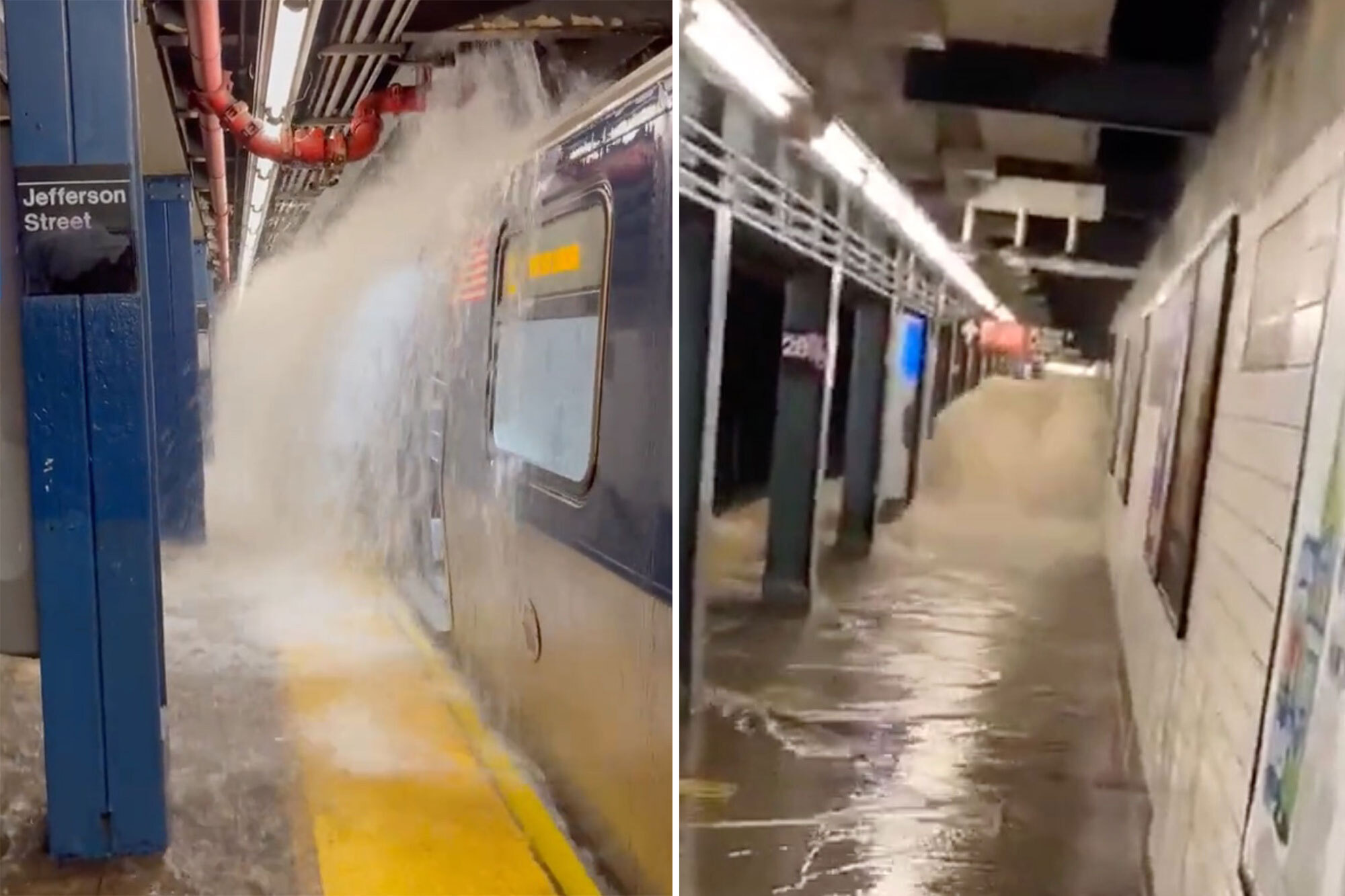 Remember a few weeks ago when it didn’t stop raining for literally a whole day and there were loads of videos going around of houses, stations and roads in London flooding and it kinda felt like the end of the world?

Well, that might have stopped happening over here for now, but Hurricane Ida has hit New York and the videos that are coming out of it are eerily similar after the city was hit with its first ever flash flood warning. The situation became so untenable that the whole subway system was forced to shut down after more and more stations ended up getting flooded.

Take a look at some of these videos for an idea of how dire the situation ended up:

Some subway stations in NYC now double as water parks!pic.twitter.com/ZXOhP7Tjtz

Water gushed into a Manhattan subway station as commuters waited for a train as rain from Ida pounded the tri-state.

This looks more like a subway car wash than a subway station. This flooding has to be doing an incredible amount of damage to the NYC subway system. pic.twitter.com/bgtMbjiHvM

Subway holding up just as expected and we definitely don’t need an infrastructure bill passed pic.twitter.com/C6VJtGUju5

Whoa. I know some of those clips are only 20 seconds long or whatever but some of those gushes of water do not look like they’re stopping any time soon do they? Kinda makes you think you’re actually on the set of a disaster movie like ‘Earthquake’ or ‘Hard Rain’ or ‘Daylight’ or something doesn’t it?

Really surprised that people are even in the subway station and contemplating getting on one because there’s all likelihood that they could end up stuck somewhere in a subway car slowly filling up with water and drowning. Not sure what I would do to be honest as it looks like loads of the streets were flooded as well so it might have been pretty much impossible to get around, but there would be no way I would be getting on the subway after seeing some of those movies. Thoughts and prayers with everyone in NYC.

For more of the same, check out this terrifying footage of people trapped in an elevator during a flash flood in Omaha. It’s a scary time to be alive.