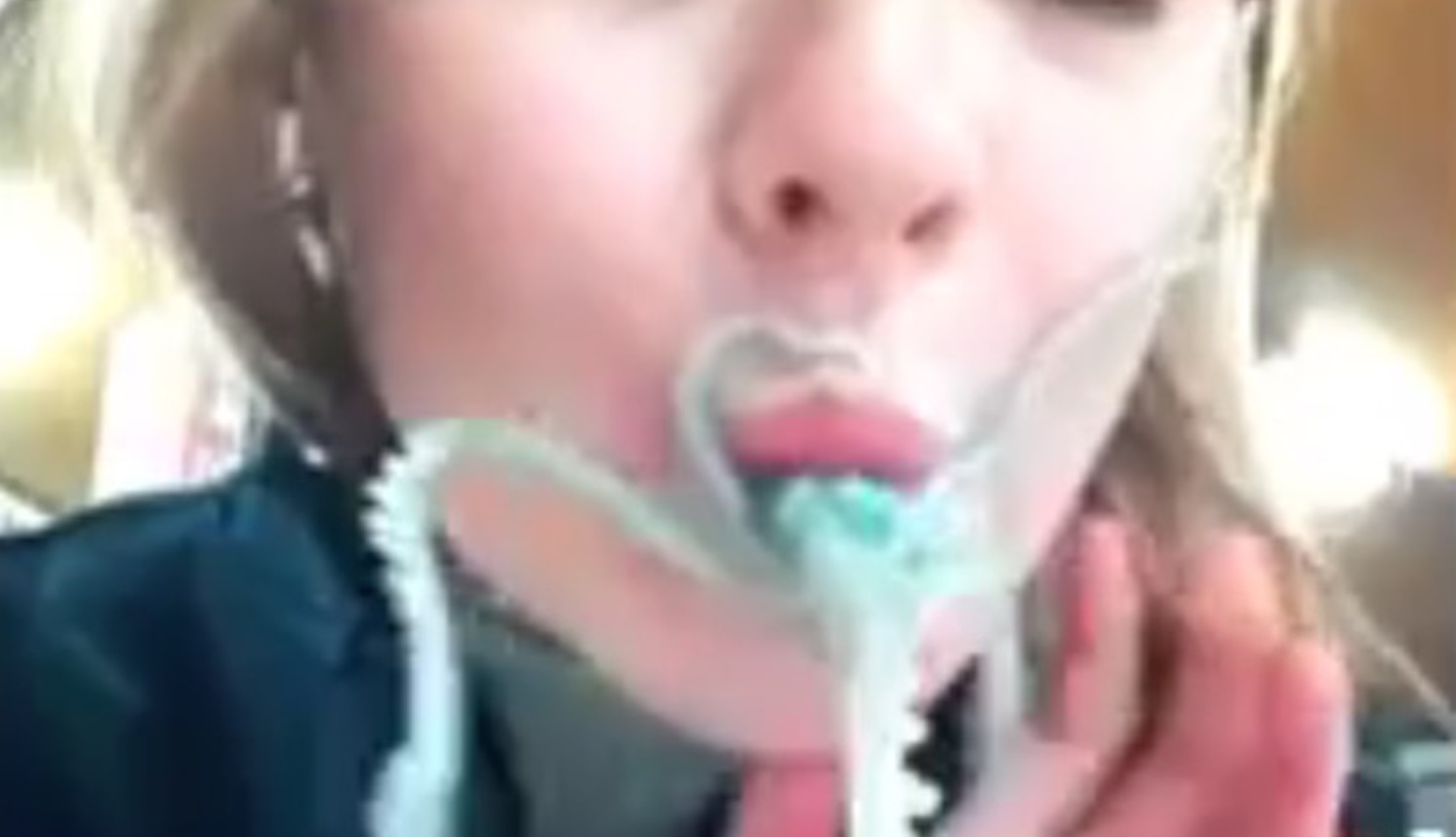 She runs into some trouble.

Over in South Korea, eating a live octopus is considered a delicacy, but it’s sometimes a bit messy if you don’t know exactly what you’re doing. If you’ve seen Oldboy then you’ll know what I’m talking about.

Some white chick was visiting the country and decided to take on the challenge but clearly didn’t know what she was getting herself into. In order to stop itself being eaten and having its face swallowed, the octopus will attach its tentacles to your face in order to try and prevent you from swallowing it and choke you out. If you’re not ready for this then it can lead to a rather nervy and messy experience, as this girl found out.

This is kinda hard to watch as she literally pulls and chomps the octopus into little pieces with her teeth whilst it tries to choke her, so if you’re about to eat or love animals then I wouldn’t advise it:

Rank. Not really sure why anyone would want to go through with that, even if it is a local delicacy. I mean I want to enjoy my food whilst I’m eating it, not physically get into a fight with it just to put it in my mouth and swallow it.

Kinda makes me want to be a vegetarian. Or at least a guy that doesn’t eat live animals.

For an even ranker video, check out this weirdo who filmed himself eating a live baby rat. Why?