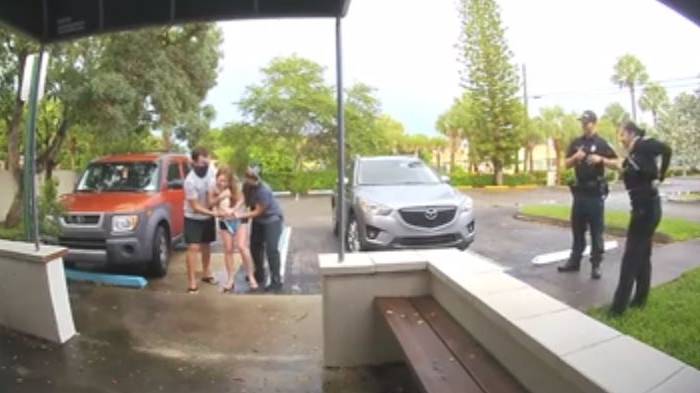 Just slips right on out.

Everyone knows that delivering a baby takes a different amount of time in every case, but I don’t think I’ve ever heard of it happening so quickly that the kid just slips out in the parking lot of the hospital.

This is what happens in the incredible video below from Natural Birth Works in Coral Springs, Florida. Susana Anderson’s husband Joseph and phoned up the hospital minutes before her arrival and told them that she felt like she needed to push and midwife Sandra Lovaina jumped into action, sprinting out to meet the couple and ending up delivering the baby in the car park as she just slips out moments after the couple arrive.

Damn that’s rapid hey? Just slides right on out. Here’s what Susana had to say about it all:

During the car ride to the birth centre, I turned to my husband, and I was like, ‘I need to push!’ I didn’t think I wouldn’t make it into the building.

By the time we got to the first step the head was coming.

Gotta think fast. Good thing they did and everything turned out OK and they now have a viral video and mild internet fame because of it. What more could you want from the birth of your baby?

For more of the same, check out when this woman was arrested for giving birth to a corpse’s baby. Ohhhh boy.