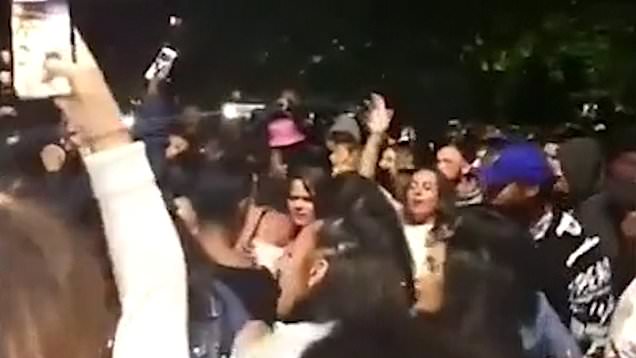 People were not social distancing.

Lockdown restrictions are set to ease all over the country this weekend – except for Leicester, where there has been a spike on Coronavirus transmission over the past week which means the city will be place in local lockdown whilst everyone else is free to visit socially distanced pubs or whatever.

A video has now emerged that’s probably designed to shame the people of Leicester as it seems like a whole bunch of them were engaging in an illegal block party over the weekend, which many are linking to the increase in COVID-19 cases. The video was taken in the Highfields area of the city and shows about 200 people singing and dancing until the early hours of the morning:

I mean yeah, there are a lot of people fooling around and not social distancing there, but I don’t think you can blame that party on the increase in cases given it only happened at the weekend and they were announced on Monday – I thought there was a two week gestation period or something?

Councillor Rashmikant Joshi agrees, claiming that the rise in cases in his constituency of North Evington is for slightly different reasons:

We have a lot of inter-generational households, where young people live with their grandparents.

South Asians also tend to live in larger family groups, which increases the risk of infection.

Since the easing of the lockdown, a lot of youngsters have been going out more and not maintaining social distance.

There’s a high chance that they came home and passed on the virus to elderly relatives.

The perfect storm up in North Evington then hey? I know I’ve said this thousand times, but if you’re living with elderly relatives then please don’t go outside and party without a mask as you’re just going to end up killing them. That should be obvious by now but I guess it isn’t in Leicester for some reason. Get it together.

For more of the same, check out the Indian police battering people with sticks for defying lockdown. Probably what we need over here.