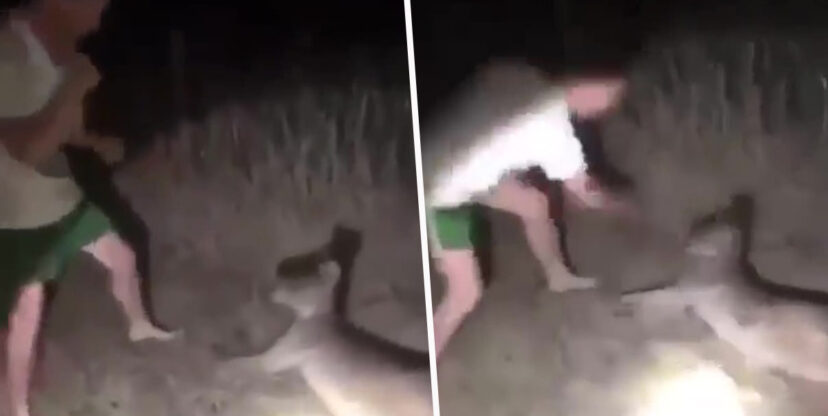 Like the majority of people in the world, we’re no fans of animal cruelty herr at Sick Chirpse so when we see a video of someone being an absolute dickhead to our furry friends then it’s our absolute duty to share it and try and find the cunt and punish them.

The following video was shared on Snapchat and obviously comes from Australia as it features a kangaroo being attacked by some asshole in the street, with the guy punching it in the face pretty much relentlessly. Rumours quickly spread that the video was taken by two youth from New South Wales who hit the kangaroo with their car and broke its back before proceeding to beat the crap out of him for the sake of their Snapchat followers.

Obviously this video is pretty distressing, so make sure you want to watch it before pressing play:

Jesus that really is sickening isn’t it? Not really sure why anyone would enjoy acting like that, or at least not enjoy it so much that they think it’s a good idea to film it and post it on social media? Really weird.

The RSPCA and New South Wales Police are said to be investigating the videos, so hopefully it’s not too long before the culprits are identified and punished for being absolute assholes.

For more of the same, check out this man taking on a kangaroo in a boxing match. That’s a bit fairer than this, but not really.