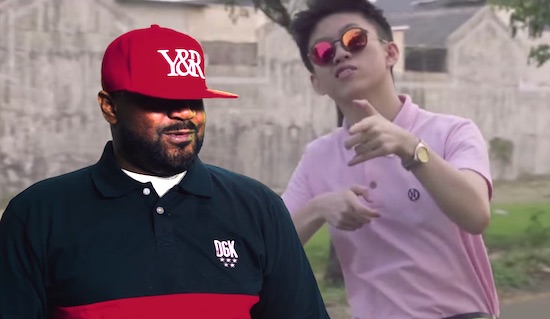 It’s not what you expect.

Have you heard of 16 year old Korean rapper Rich Chigga?

Probably not, but it sounds like you will have soon after a bunch of famous rappers like Ghostface Killah, Cam’Ron, Desiigner backed his rapping hard, despite the fact that his image and music video are completely and utterly ridiculous. And I think these guys know what they’re talking about when it comes to rap:

I don’t know who Rich Chigga is or who manages him and works for his PR team, but they are absolutely killing it by releasing this video and getting genuine rappers to endorse him.

To be honest, I kinda agree with them that the rapping ain’t bad and the guy is probably making it even better by dressing and acting like an absolute idiot in the video. Let’s hope he makes it – can’t wait for that Ghostface remix.

This is way better than the worst rapper ever Raed – remember him?