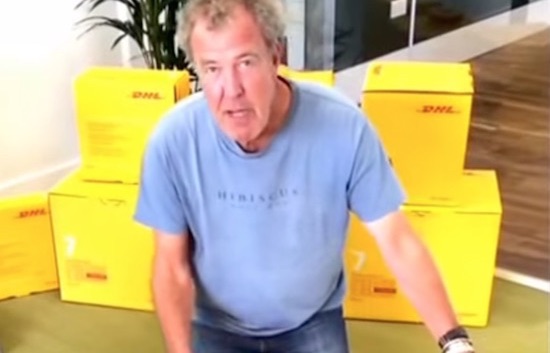 Probably has more viewers too.

I’m sure you’re aware that the new Top Gear has been showing on the BBC for the past couple of weeks and the reviews have been less than stellar, even causing Chris Evans to get all butthurt and come out on Twitter defending it.

During this time, the former Top Gear presenters James May, Richard Hammond and Jeremy Clarkson have mostly been fairly quiet about the show – May kinda halfheartedly said he enjoyed it – whilst they’ve been focussing themselves on their new show ‘The Grand Tour’. Nevertheless, they’ve decided to release this stupid video of Jeremy Clarkson assembling a cardboard box and even though it’s only three minutes long, it’s probably got better reviews than the new Top Gear and seems way more popular.

Yep, there’s the classic Clarkson, May and Hammon dynamic/banter that’s been off our screens for so long. I’m sure they knew exactly what they were doing when they made this and the timing was absolutely perfect too. Watch the ratings for Top Gear plummet (they were down one third in the second week from the first week) whilst the hype for The Grand Tour just gets bigger and bigger, with more zero effort videos like these dropping. Those three have a good thing going on and don’t they just know it.

For more Jeremy Clarkson, check out some of the clangers he dropped regarding transgender people a couple of months ago. Ill informed.